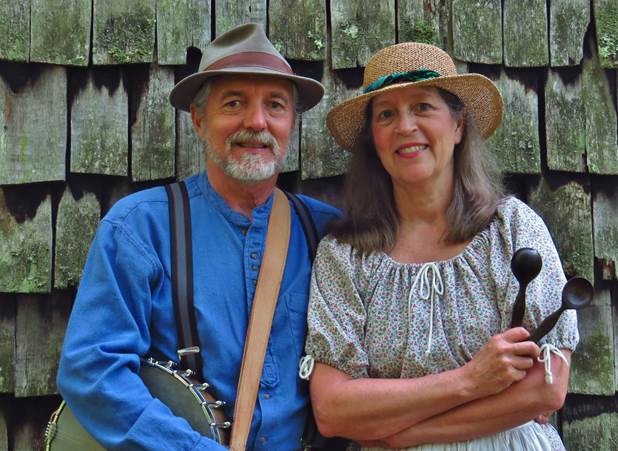 Ruth Barber and Keith Watson are a wife/husband duo and sometimes band.  They specialize in the music that was played and sung by early pioneers and settlers of the Great Smoky Mountains eastern Tennessee and western North Carolina.  Their musical repertoie consists Celtic ballads, fiddle tunes, American compositions, Negro spirituals, and those ever present obscure unknown traditional tunes!  They will be sharing this music with us at Winter Weekend by offering workshops on everything from banjo to spoons and performing throughout the weekend.

They share a love of the nature, culture, and history of the Great Smoky Mountains and of the music of their ancestors and descendants who lived here and helped shape this mountain folk music (Keith's family has been in the Smokies for over 200 years).  They get their name from a local community in Sevier County where the Watsons settled in the late 1800's or early 1900's, not too far from where Dolly Parton was born. You can learn more about Ruth and Keith at https://boogertowngap.com/ 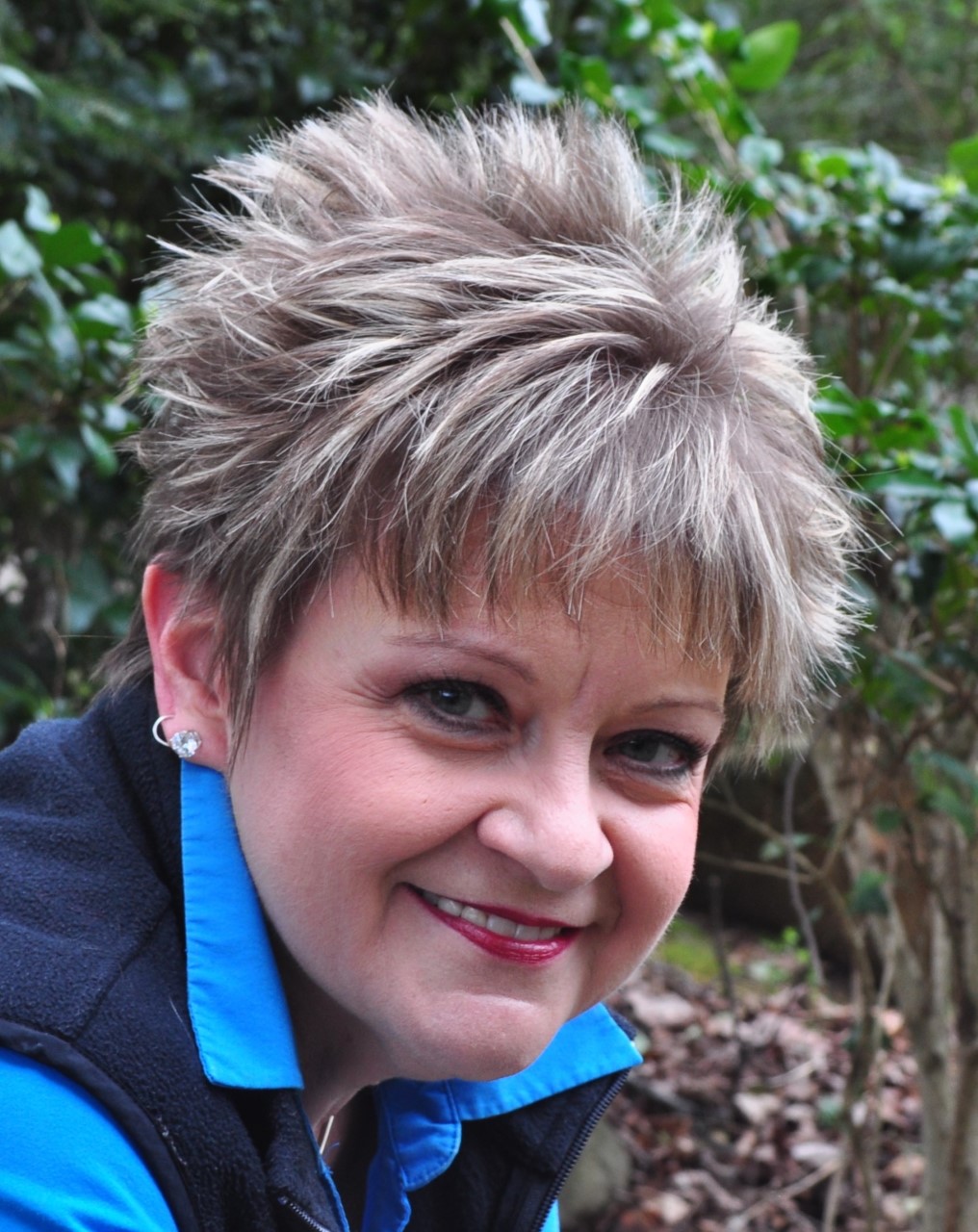 Elaine will be teaching the intermediate level and up at Winter Weekend.

Elaine is a professional music educator and Orff-Schulwerk specialist who has a passion for instilling a love for the arts in young people.  Her years as a professional musician, combined with her experience as a classroom teacher give her a unique perspective when working with students.  She holds degrees from Tennessee Tech University in Cookeville and Tennessee State University in Nashville.

Her past musical experience includes touring with her own country band, performing on the General Jackson Showboat at Opryland in Nashville and touring as pianist and back-up vocalist with country music superstar, Faith Hill.

More recently, she has directed and accompanied numerous musical theater productions and even starred in a few herself.  Her favorite role to date is as Patsy in "Always Patsy Cline."  Elaine also serves as organist/music director for Trinity Episcopal Church in Gatlinburg, Tennessee.

Elaine and Larry are well known for their meticulously crafted dulcimer duets, featuring Larry on standard dulcimer and Elaine on bass dulcimer.  During the COVID-19 quarantine, they have focused their efforts on virtual learning, offering classes online that are designed to teach the various arrangements they create. Learn more about Elaine at https://elaineconger.com/ 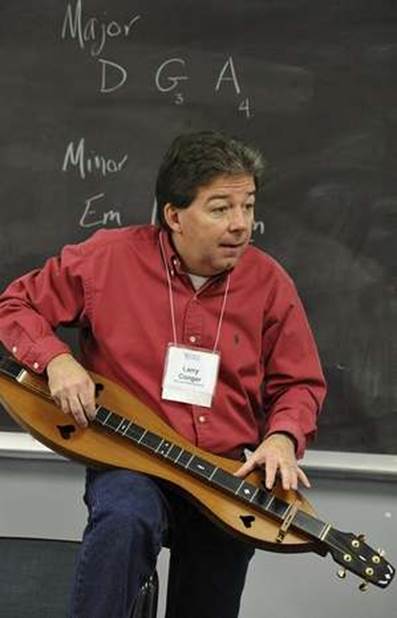 Larry will be teaching the intermediate level and up at Winter Weekend.

Larry Conger is a graduate of the University of Mississippi (Ole Miss) and has been involved with music as a vocation for almost 40 years. Besides being a popular instructor at various dulcimer workshops around the country, Larry also served as a church music director for several churches during the late 1970s through the 1990s. He has been a participating artist for the Tennessee Arts Commission's Arts in Education Program as well as the Kentucky Arts Council's Teacher Incentive Program, bringing dulcimer music and its unique history into the public schools.

He and his wife Elaine are co-directors of Dulcimer U at Western Carolina University.  They also host their own Duet Dulcimer Retreat, Gatlinburg Dulcimer Hymnposium and the September On The Mississippi Dulcimer Retreat each year.

In 1995, Larry won the Southern Regional Mountain Dulcimer Championship in Mountain View, Arkansas. Three years later in 1998, he won the prestigious National Mountain Dulcimer Championship in Winfield, Kansas.  Larry has authored fifteen music books and has numerous recordings to his credit. Be sure to check out Larry's website at https://www.larryconger.com/ 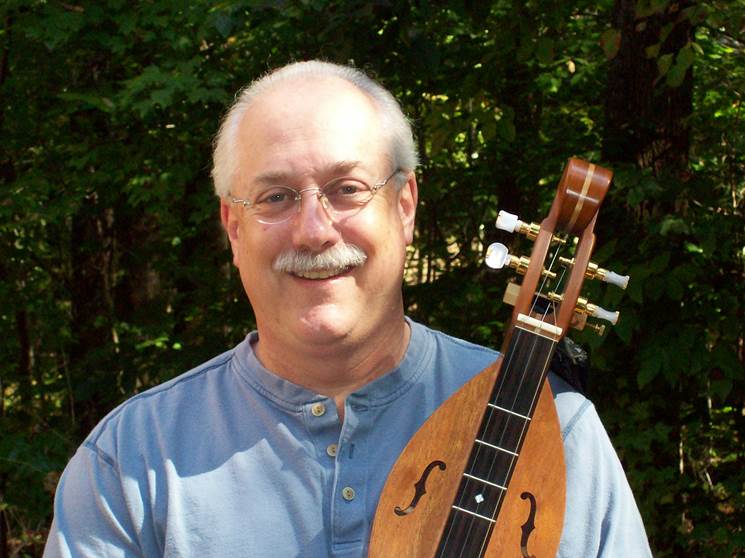 Jeff will be teaching the intermediate level and up at Winter Weekend.

Jeff is an award-winning mountain dulcimer player who is known for his smooth and expressive style. His gentle, humorous, and effective teaching
style has made him a very popular instructor at numerous mountain dulcimer workshops across the country. Jeff is a multi-instrumentalist who has been playing old-time music since 1980. Primarily a clawhammer banjo player for many years, he developed a rhythmic and melodic style which has heavily influenced his dulcimer playing.

Jeff has an extensive repertoire of old-time fiddle music which crosses over to a strong interest in Celtic music. He has a particular fondness for waltzes and Celtic airs on the dulcimer. He has been performing for more than 35 years, and his technical abilities, quick ear, musical sensitivity, and expression have made Jeff a
popular choice for playing on multiple recordings, including music from Ireland, Scotland, the Appalachian Mountains, and American folk tunes.

Touching someone’s heart with his music is Jeff’s most rewarding goal. He lives in Chapel Hill, North Carolina. Please visit his website at www.jefffurman.com to learn more about Jeff, his music, his recordings and books, and more. 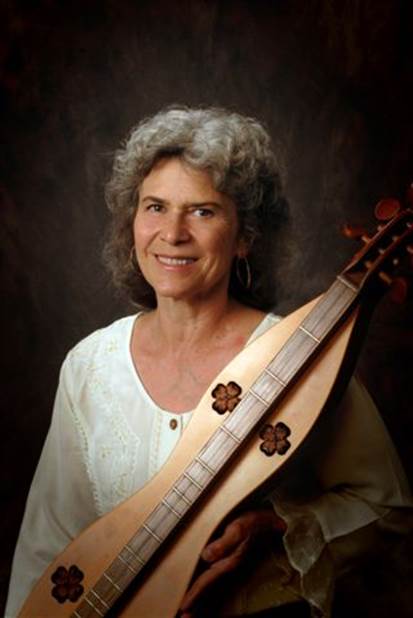 Anne will be teaching the advancing beginners at Winter Weekend.

In addition to being a frequent instructor of mountain and hammered dulcimer since 1991 at the prestigious John C. Campbell Folk School in Brasstown, NC, Anne has taught at major festivals and workshops throughout the country, in Ireland, the British Isles and Belgium. Excellence as a performer, her artistic interpretation, sensitive playing style, versatility, creative arranging and skill as an instructor have earned her international acclaim and bring a rare and unique quality to every performance. Check out Anne's website at https://www.annelough.com/

Jim will be teaching the New Players/Beginner class at Winter Weekend.

Jim has been playing and performing traditional music for the past 45 years. An accomplished instrument builder and teacher, he has taught workshops at numerous festivals as well as won many awards for his musicianship, including first place dulcimer at both Galax, VA and Fiddler's Grove, NC. He has played with Celtic, Bluegrass, Swing, Blues and Old Time bands, and has done session work on many recordings.

Jim currently performs in a duo accompanied by his wife, Cheri, on guitar. He plays guitar, mandolin, banjo, mandocello, bass, steel drum, percussion, hammered and mountain dulcimers as well as his own off-the-wall musical inventions, which are always entertaining. Jim holds a Masters degree in Elementary Education with an endorsement in instrumental music.

He recently retired from teaching 4th grade at Cloudland Elementary School in Roan Mountain, Tennessee, where he led an after school traditional string band program. He is also a retired adjunct professor of mandolin, ukulele, dulcimer and autoharp in the Bluegrass, Old Time, and Country Music program at East Tennessee State University and played mandocello in the ETSU Mandolin Orchestra. Visit Jim's website at http://www.jimmillerdulcimer.com/

Office of Professional Growth and Enrichment