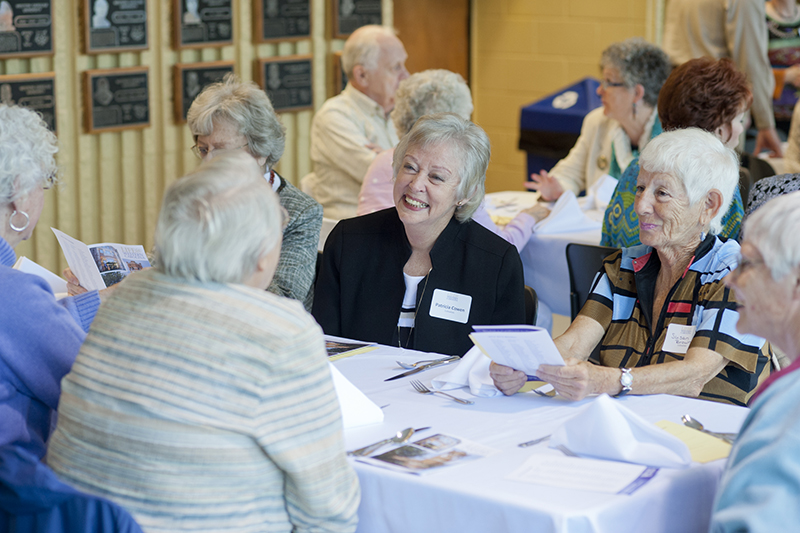 “Honestly speaking, the time spent with the LIFE@Western program was rewarding. I found the members to be interested, engaged, and diverse. In fact, having given two presentations in the last academic year, several members have stopped me around town and campus to express their appreciation for the LIFE program. You all are doing something that is valued by the members, and something I will look forward to participating in again when asked.”

“We have so enjoyed the lectures at LIFE@WCU. Retirement has allowed us to expand our horizons and take part in lectures from such a broad array of fine speakers. We appreciate WCU’s interest and support in engaging with senior citizens in the Cullowhee and Asheville Communities.”

“Being new to the area after just retiring and moving to our new home in August, my husband and I signed up for LIFE@WCU. It was the perfect venue to learn about the area, other national topics and broaden our horizons in general. The program also gave us the opportunity to meet new individuals from all over the United States. This is a well-designed program, providing talented speakers and engaging topics while accommodating schedules of retirees. We will definitely sign up for it again the year ahead.”

“I’ve participated in other senior programs in the area over the last few years and nothing has been as fulfilling and enjoyable as LIFE@WCU program. I got something out of each session. Even when I didn’t think I’d enjoy a particular topic I found that I learned something new and allowed me to grow through the process. I missed attending the classes when they concluded in May and look forward to registering again for the 2015-16 program series.”