"It just caught my attention, the details, and how people, way, way back then – they didn't have technology, they didn't have anything – how they could build those elaborate temples or churches that are really detailed," said Western Carolina University senior Tuyen Tram, who carried those images with her when she and her family moved to the U.S. from Vietnam 10 years ago for a better education and life.

Tram is the recipient of four endowed scholarships including the Wilma Cosper, Bronce and Betty Ray, and Nicholas and Grady Justice Bonarrigo scholarships, totally over $10,000. She is especially grateful for the scholarship money she has received over her six years at WCU because it gave her time to focus on earning two degrees, reduced her undergraduate school debt and essentially helped her reach that bar she had set so high early in her college life. 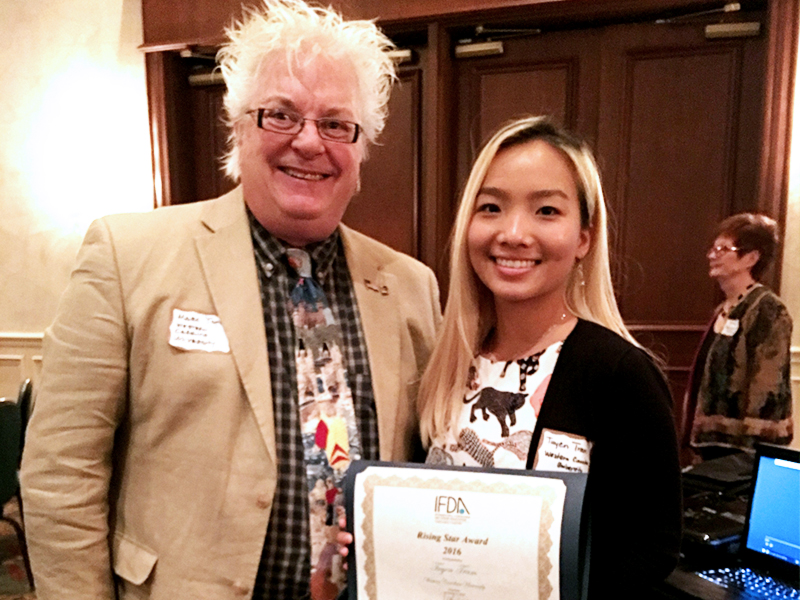 With graduation around the corner, Tram has set her eyes on architecture school as a next step. She plans to apply next year to eight universities in London, which she visited over spring break, plus Harvard, Princeton, Clemson, N.C. State and UNC Charlotte.

Her accomplishments are particularly remarkable considering that 10 years ago, when she and her family left Vietnam for San Diego, she didn't speak English.

"I was really excited that I was awarded a scholarship with a big enough amount to allow me to move on campus at the time. It's changed my life both academically and personally," Tram said.

Erin Adams, associate professor of interior design and program coordinator, said Tram always sets a high bar for herself. "She is professional, dedicated and can always be counted on to complete projects flawlessly," Adams said. "In our program office, she not only assists the professors with day-to-day tasks but more importantly, she mentors younger design majors and tutors underclassmen in all areas of design."

She also impressed longtime WCU Print Shop Manager Tom Frazier, who nominated Tram for the 2017-18 Student Employee of the Year Award, which she will accept Friday, April 27.

Tram said it won't be easy to leave WCU next year, but she looks forward to being in a position one day to give back to the university that gave her an opportunity.

"I'm really thankful for all of the scholarships that I have been given and for my time at WCU, and I think it's really important to pass that on to the next person that needs the money. In the future, I would like to give back to students as well," Tram notes as a soon-to-be alumna.

For more information on how to provide scholarship support for WCU students like Tram, donorrelations@wcu.edu or call 828-227-7124. 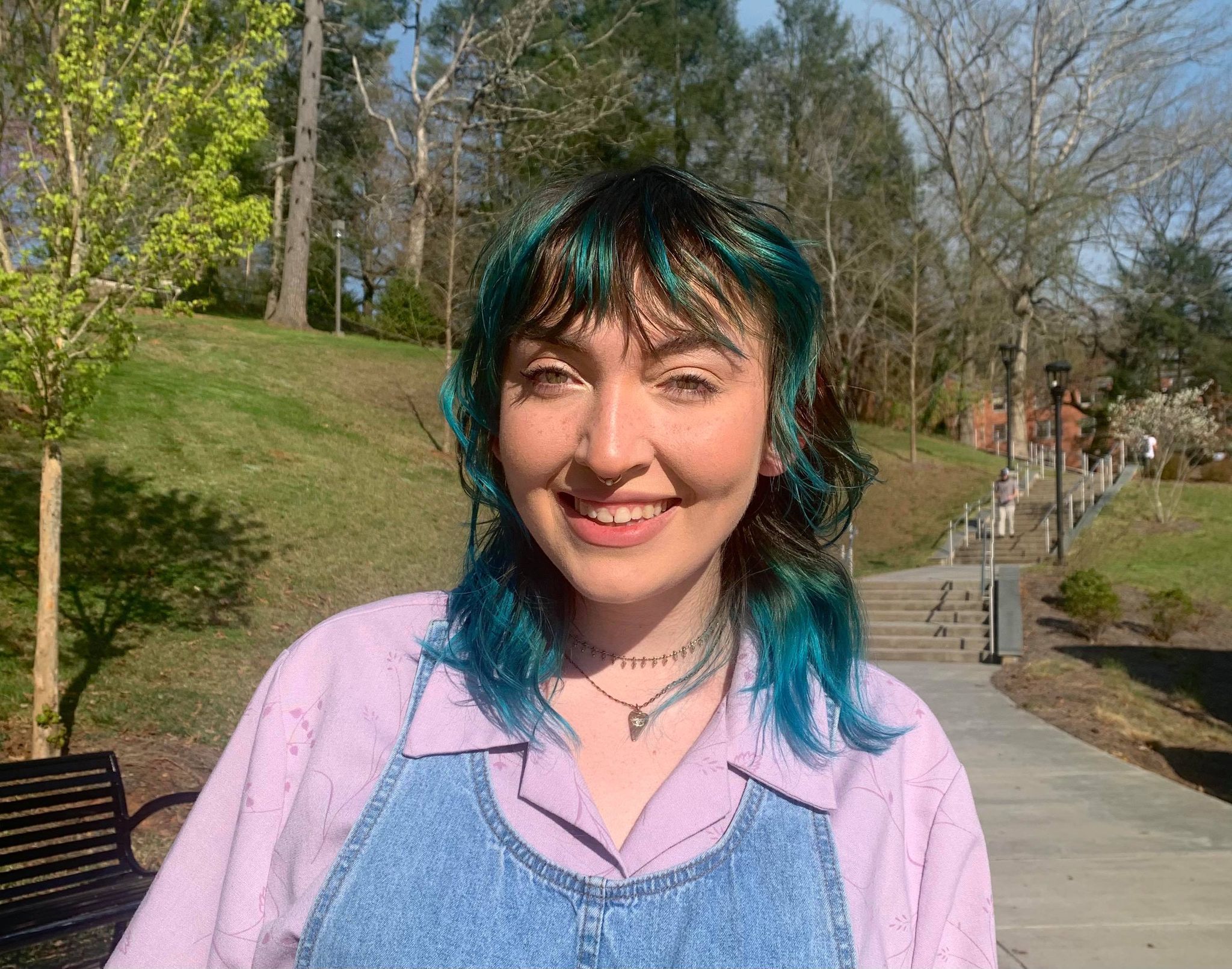 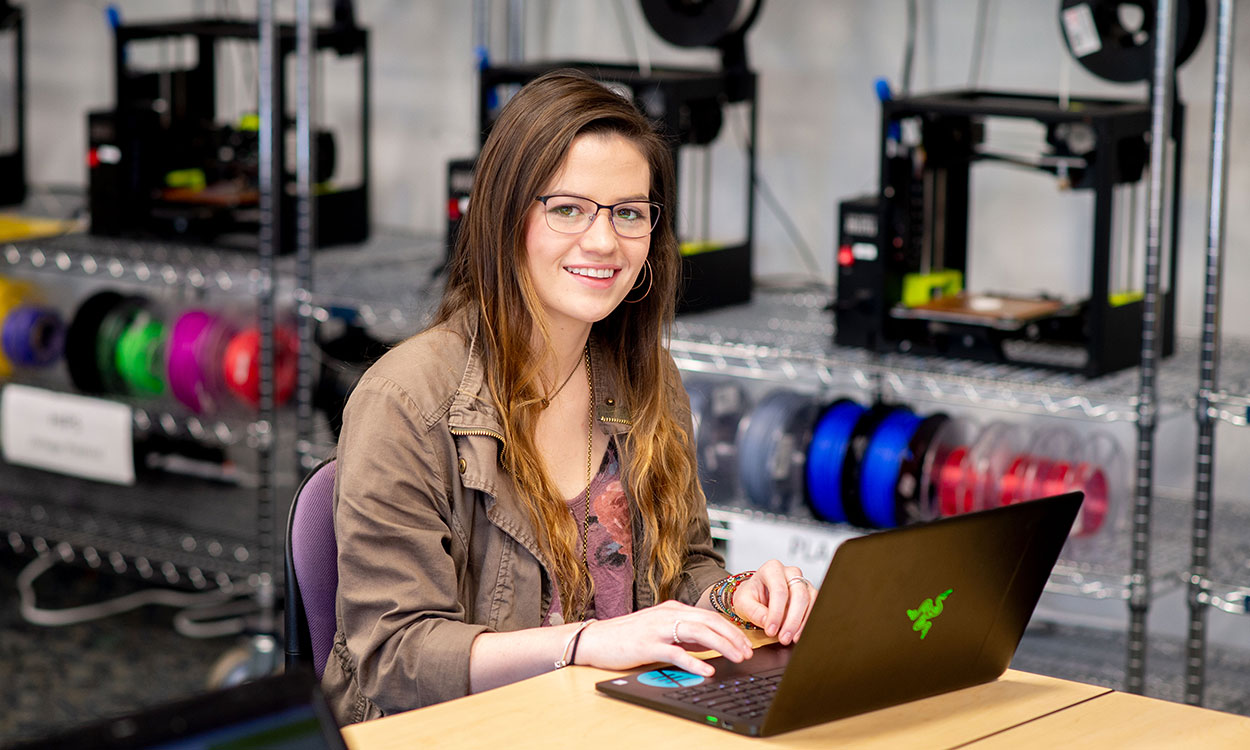