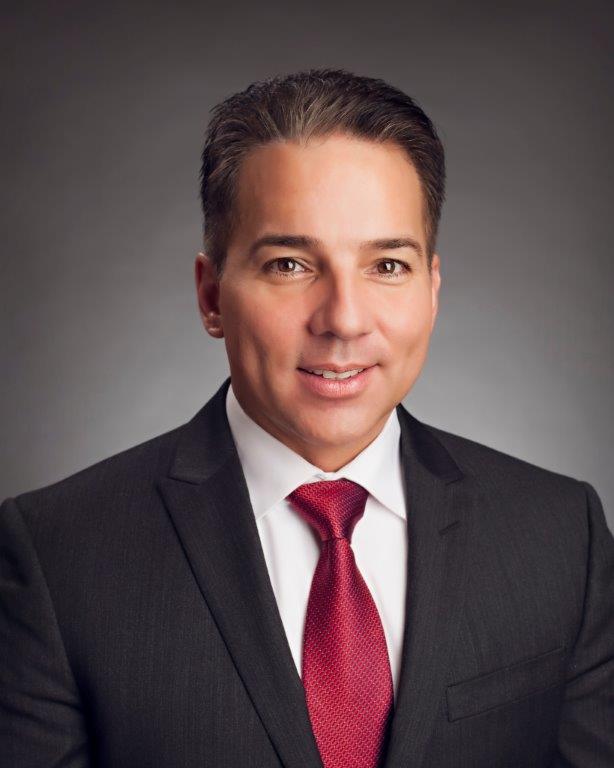 Eastern Band of Cherokee Indians Principal Chief Richard G. Sneed - is veteran of the United States Marine Corps., an entrepreneur/business owner and a former educator with Cherokee Central Schools where he was a vocational Instructor for 11 years. He is also a recipient of the 2013 National Indian Education Association's National Classroom Teacher of the Year. Chief Sneed loves to speak to the many surrounding communities and share his insight of higher education and leadership. 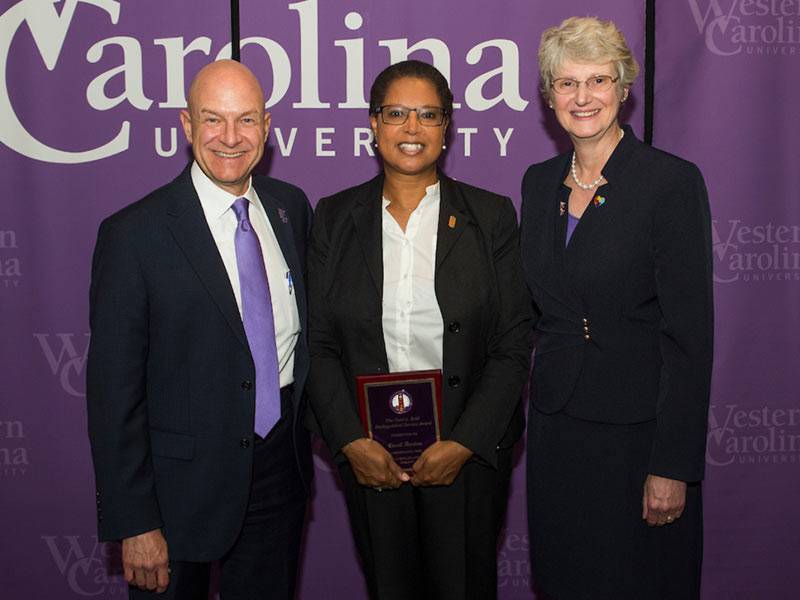 Carol has more than 25 years of experience at WCU and previous to her assuming the Acting Provost role this semester, served as Associate Provost for Undergraduate Studies at WCU since 2007. She is now in her new role at Vice Provost of Academic Affairs. Carol earned her doctorate from North Carolina State University in adult and higher education and her baccalaureate and master’s degrees from WCU in nutrition/dietetics and agency counseling, respectively. 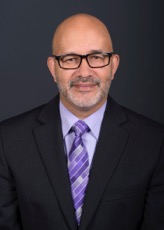 Ricardo Nazario-Colon – Chief Diversity Officer - Accomplished Higher Education Administrator with over twenty years of experience in various industries including the U.S. Military, Colleges & Universities, Corporate Banking and State Government. A high level of independence, organizational loyalty and self-discipline. A critical analyst with the ability to transfer ideas into practice. 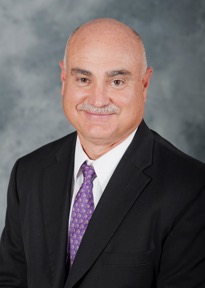 Two-time graduate of WCU. Undergraduate degree in English and a master’s degree in Human Resource Development. Began working at WCU in 1984. Has held various positions at WCU, including director of admission, director of enrollment management for graduate and distance learning, and alumni director. Currently serve as assistant vice chancellor for undergraduate enrollment within the Division of Student Affairs. 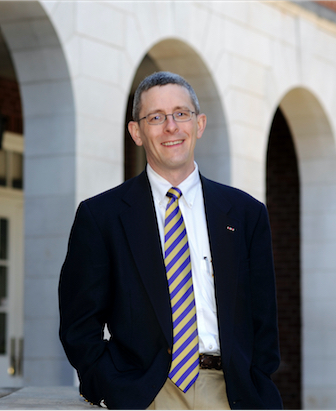 Richard Starnes - has served as Dean of the College of Arts and Sciences since 2012. A historian and a WCU graduate, he teaches and writes about the American South and Appalachia. 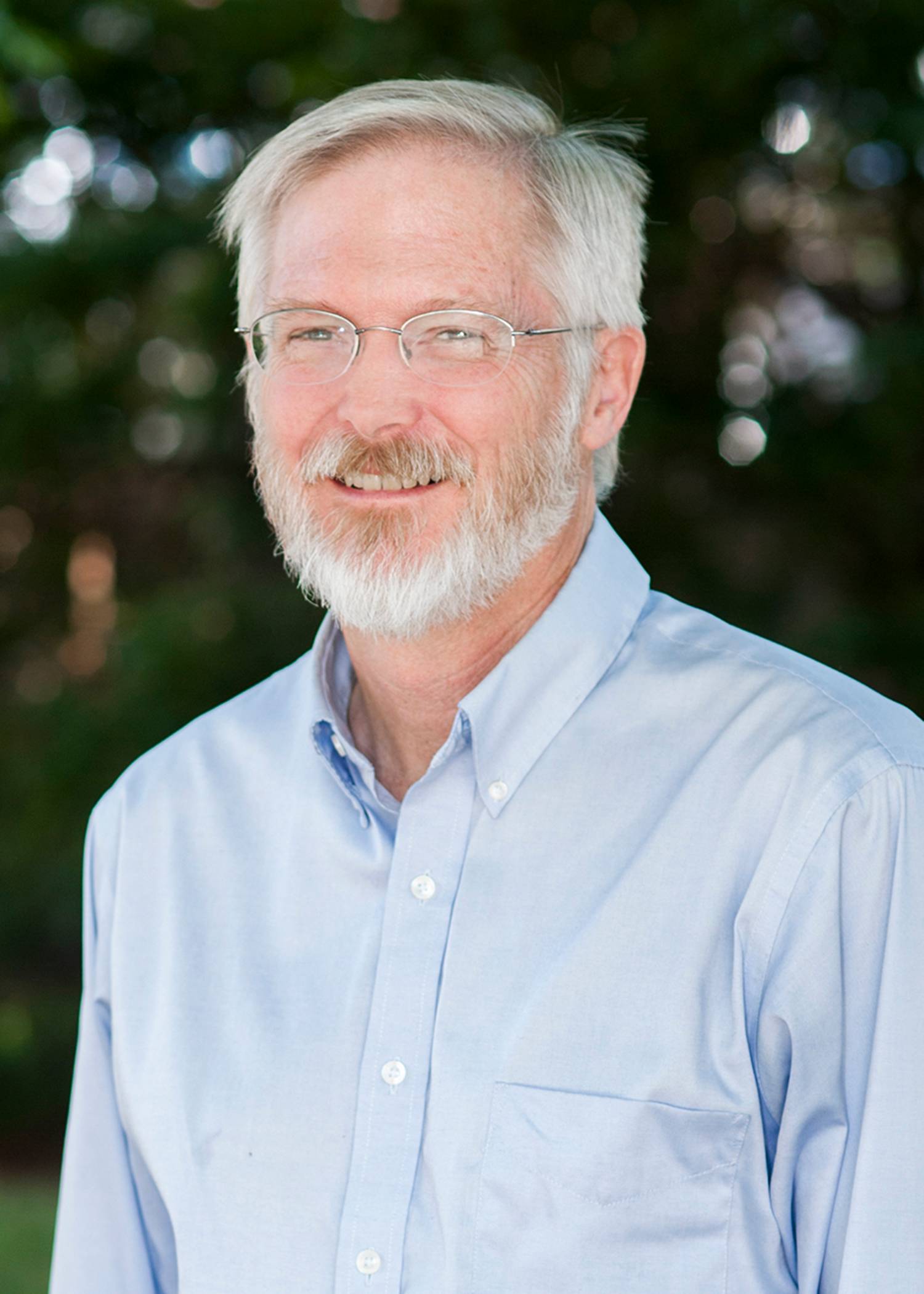 A research archaeologist at UNC-CH since 2001, he worked previously as deputy tribal historical preservation officer for the Eastern Band. Riggs has an extensive list of publications and reports credits and has presented at numerous professional meetings and conferences. A board member for Friends of Junaluska and the Junaluska Museum, he also serves as executive board member for the National Trail of Tears Association in Little Rock, Arkansas, and was Native Affairs Liaison Committee chair for the southeastern Archaeological Conference. Riggs earned his doctorate and master’s degree in anthropology from the University of Tennessee and his bachelor’s degree in anthropology from Wake Forest University. 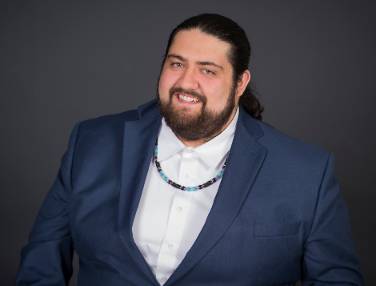 Elias Huskey, an enrolled member of the Eastern Band of Cherokee Indians from the Big Cove Community, former Junaluska Leadership Council Chairman and Football State Champion (Once runner-up) graduated from Swain County High School in 2013. He is the former chairman of the Junaluska Leadership Council and is a 2013 alumni of the Remember the Removal bike ride that travels from New Echota, GA to Tahlequah, OK. As the Administrative Support for the Cherokee Center, Huskey works to provide excellent support to the Director of the Cherokee Center and his community. 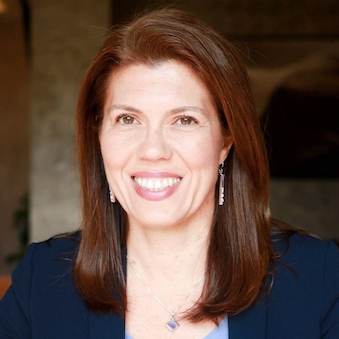 An enrolled member of the Eastern Band of Cherokee Indians, Ms. Lossiah earned her Juris Doctor at the University of Denver Sturm College of Law and her bachelor’s degree from the University of Mississippi. Following undergraduate school, she worked as an optician for 11 years. Following law school, she first worked for the tribe’s Prosecutor’s Office and then the tribe’s Office of the Attorney General. After working in tribal government for 11 years, she was elected to office as the Yellowhill Tribal Council Representative where she served one term. Ms. Lossiah is currently the Policy Analyst for the Eastern Band of Cherokee Indians, and always a strong promoter of higher education for enrolled members. 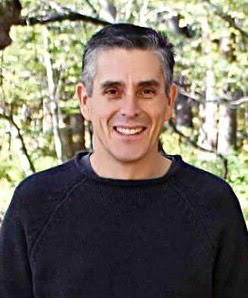 Charlie is a 1993 graduate of Western Carolina University with a B.S.B.A. in Economics and Finance.  Charlie has enjoyed a variety of roles in his career, including roles with First Citizens Bank, the Eastern Band of Cherokee Indians, Cherokee Preservation Foundation, and Harrah’s Cherokee Casino. He is currently Regional Manager of Direct Marketing for Harrah’s Cherokee and Valley River casinos. He has served on several boards and committees, including the Tribal Casino Gaming Enterprise Board of Advisors, Sequoyah National Golf Club Board of Directors, WCU 2020 Strategic Plan, NC Network of Grantmakers Board of Directors, and the Summit Charter School Board. Charlie is a member of the Eastern Band of Cherokee Indians. He and his wife, Pam, and their son Camden live in Sylva, near WCU’s Cullowhee Campus. 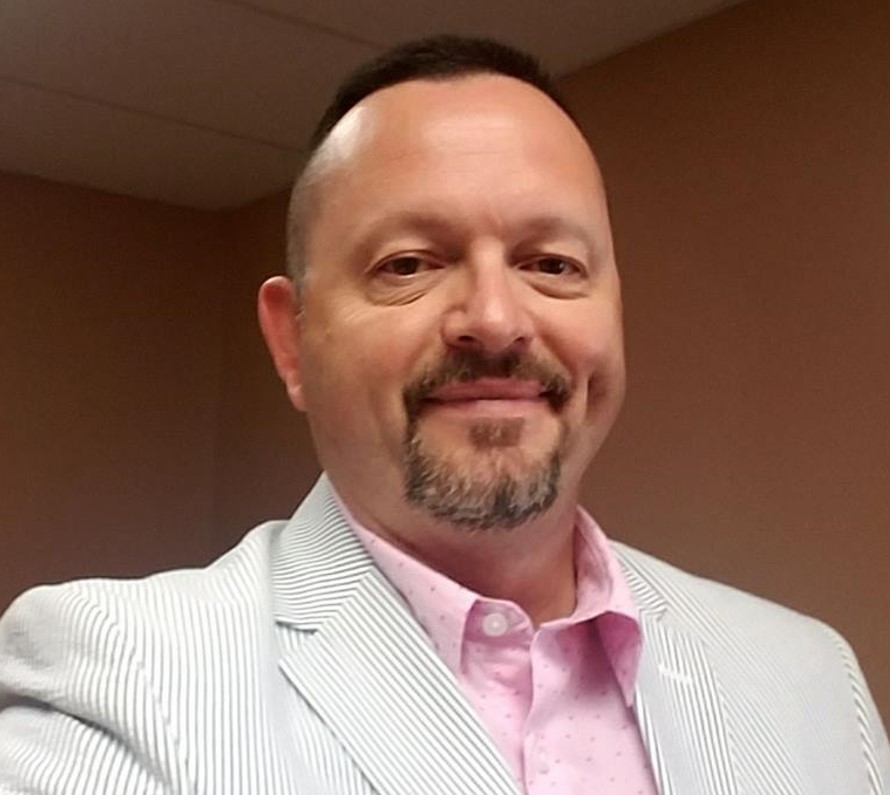 James Bradley is a member of the Eastern Band of Cherokee and resides in the Wolfetown Community. He graduated from Cherokee High School in 1981, completed his Bachelor of Fine Arts at UNC-Greensboro in 1986 and received his Masters in Entertainment Business from Full Sail University in 2010. In June 2017 James was appointed as the Secretary of Education for the Eastern Band of Cherokee. Previously he was the Advertising/PR/Sponsorship Supervisor for Harrah’s Cherokee Casino Resort, a Manager Intern in the Harrah’s Cherokee Leadership Development Program, the Fiscal & Training Supervisor in the Tribal Education Program, Executive Director of the Cherokee Historical Association, Program Director at the Cherokee Preservation Foundation, and the founding director of the Cherokee Youth Center Boys and Girls Club. He serves on the board of the Western North Carolina Historical Association and is a graduate of the Native Leadership Institute at UNC Chapel Hill. He has also been a board member for the Friends of Mountain History and the Musical Theater Advisory Board at Western Carolina University. 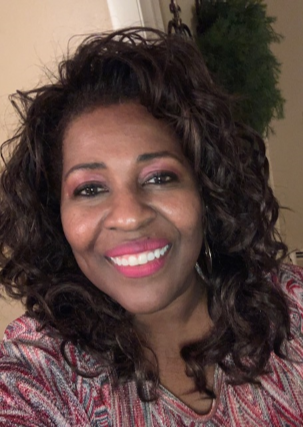 With 30 years of experience in Higher Education, Jane is passionate about lifelong learning, diversity and inclusion and being a champion for students. As a first-generation student, she believes that work in student affairs should promote an environment conducive to growth and discovery. Her diverse experience in Student Affairs includes: organizational development, strategic planning, program assessment, leadership development, and student access and success.
Jane received a Master’s in Psychology and a Bachelor of Science degree in Computer Information Systems from Cameron University in Lawton, Oklahoma. 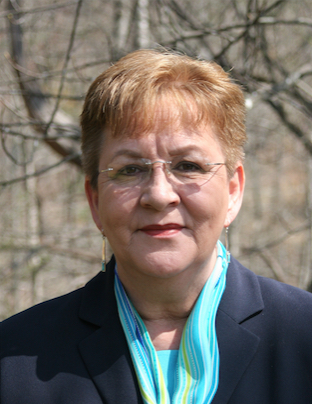 Joyce Dugan is the first and only woman to hold the office of Principal Chief of the Eastern Band of Cherokee Indians. Before she retired from public service in 2011, Chief Dugan served as her tribe’s Director of Public, Government and Community Relations and as the Superintendent of the Cherokee School System. In 2006, she was awarded an Honorary Doctorate from the University of North Carolina Chapel Hill for her cultural preservation efforts. She currently serves on the Cherokee Indian Hospital Governing Board, the Development Foundation Board of Directors, the North Carolina Center for the Advancement of Teaching, and the Western Carolina University’s Board of Trustees. 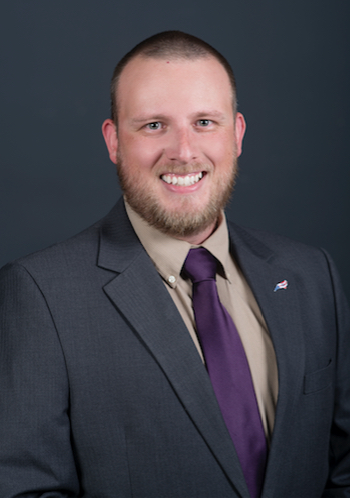 Patrick Frazier has been a part of the Office of Undergraduate Admissions since 2007. Patrick is currently the Associate Director of Marketing and Events for Undergraduate Admissions. A native of Jackson County, Patrick graduated from Western Carolina University with a Bachelors in Business Management in Administration in 2007 and a Masters in Project Management in 2011. In 2022, he graduated with a Doctoral Degree in Higher Education Administration and Leadership from Texas Tech University. Additionally, Patrick is currently serving as President for the Southern Association of Collegiate Registrars and Admissions Officers (SACRAO) organization and is a Past President for the Carolinas Association of Collegiate Registrars and Admissions Officers (CACRAO) organization. 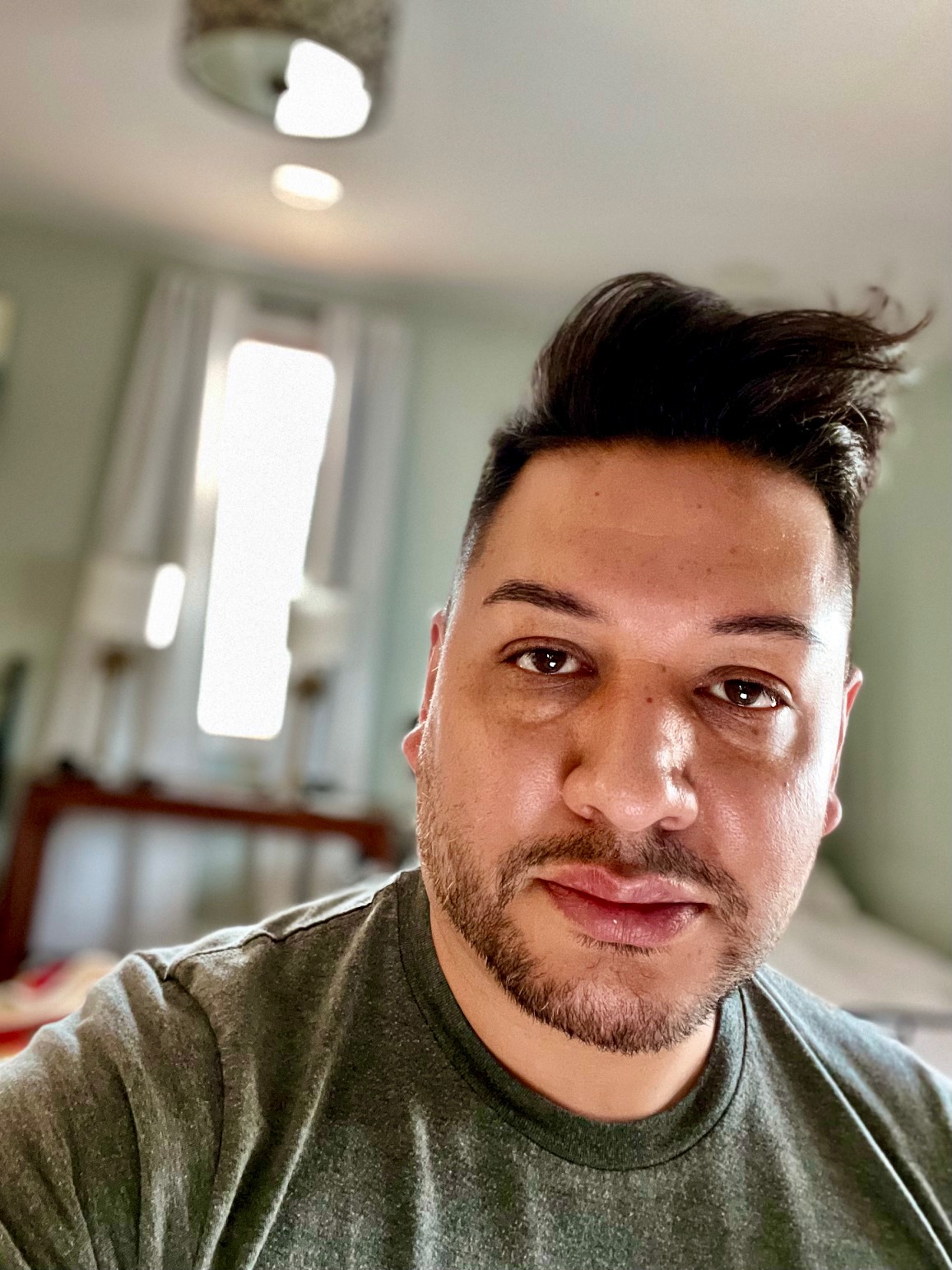 Yona Wade has been with the Cherokee Central Schools since 2009 and is currently the Director of Community Affairs where he oversees the Chief Joyce Dugan Cultural Arts Center, Public Relations, Development and Campus Security. Previously with Qualla Arts and Crafts Mutual, Inc., he has knowledge of the Arts and Crafts of the Cherokee, as well as coming from a long line of basket makers. Yona served as chairman of the Sequoyah Fund, Inc., a local CDFI, and is a gubernatorial appointee to the Governor's Western Residence Board. In addition to the state appointed position, Mr. Wade is also a Principal Chief Appointee as a TERO Commissioner for the Eastern Band of Cherokee. Mr. Wade is a William C. Friday Fellow for Human Relations, a Salzburg Fellow of the Salzburg Seminar, and the recipient of the first American Indian Science and Engineering Societies Indigenous Excellence Award. He is a graduate of the University of North Carolina School of the Arts with a Bachelor of Music from the School of Music and Master of Fine Arts in Performing Arts Management, from the school of Design and Production. Mr. Wade is currently enrolled as a doctoral student in the Peabody College at Vanderbilt University. 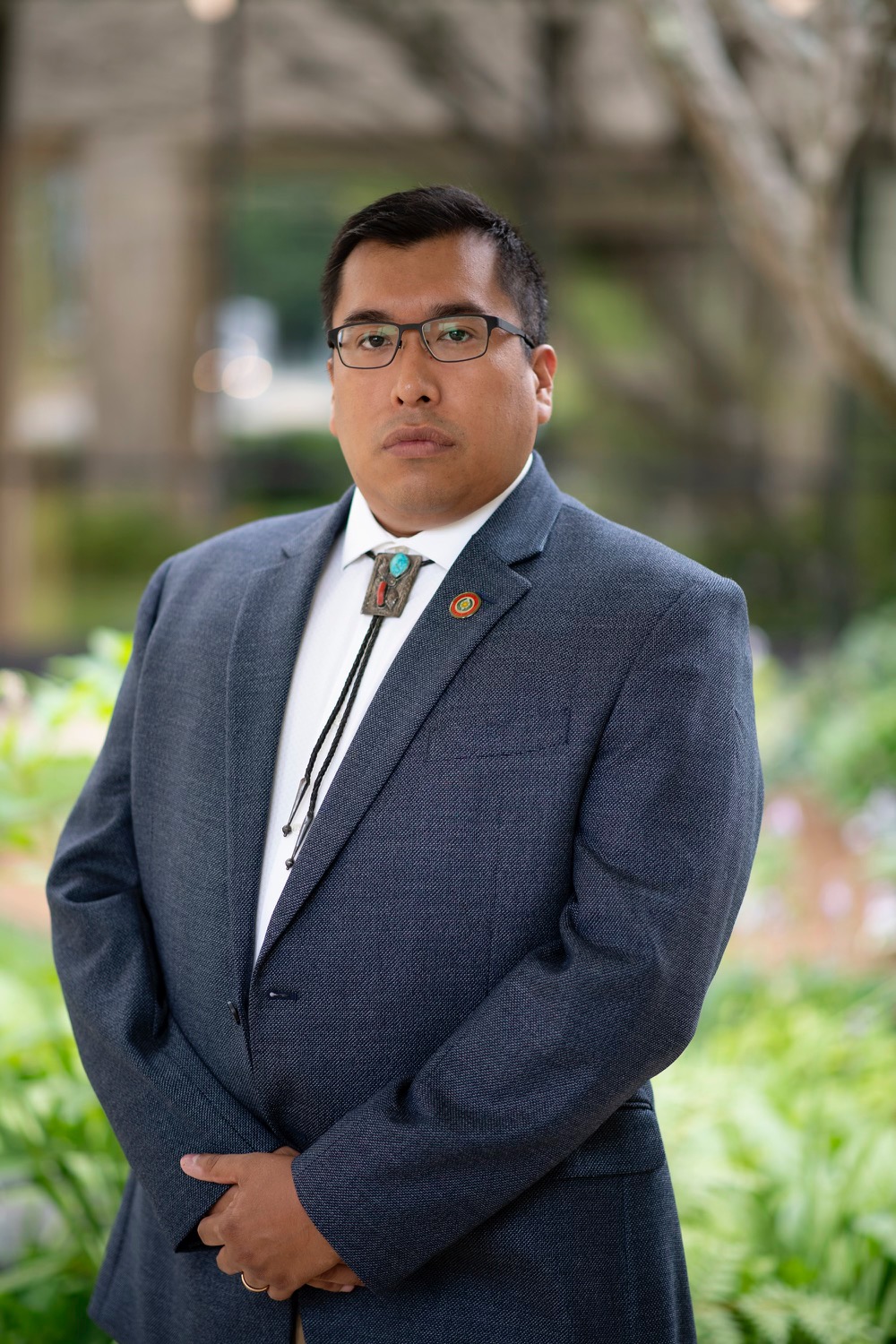 Christopher J. Reed resides in the Yellowhill community of Cherokee, NC. The son of Robin Wolfe Arch and Samuel Farrell "Frell" Reed. And the grandson of Beloved Man Dr. Jeremiah "Jerry" Wolfe and Juanita Bradley Wolfe and Abraham Wildcatt and Ollie Reed. Christopher currently works at the Cherokee Boys Club in the Ray Kinsland Leadership Institute as the Jones-Bowman Leadership Award Program Specialist. Christopher was awarded the Principal Chief's Award and graduated Cherokee High School in 2007. He studied Hospitality and Tourism Management at the University of North Carolina at Greensboro and is an alumnus of the class of 2016.

Christopher held leadership positions in the UNCG Running Club, including the position of President. From 2017-2019, Christopher was a certified running coach in both the Road Runners Club of America and USA Track and Field focusing on long distance running. Finally, Christopher was a candidate in the Yellowhill community for Tribal Council in 2021.

In his downtime Christopher enjoys running road and trail foot races, reading, reviewing tourism industry trends, and staying up to date on political happenings from the local to national level. Christopher plans to apply for master's level programs in higher education management/administration or public affairs. 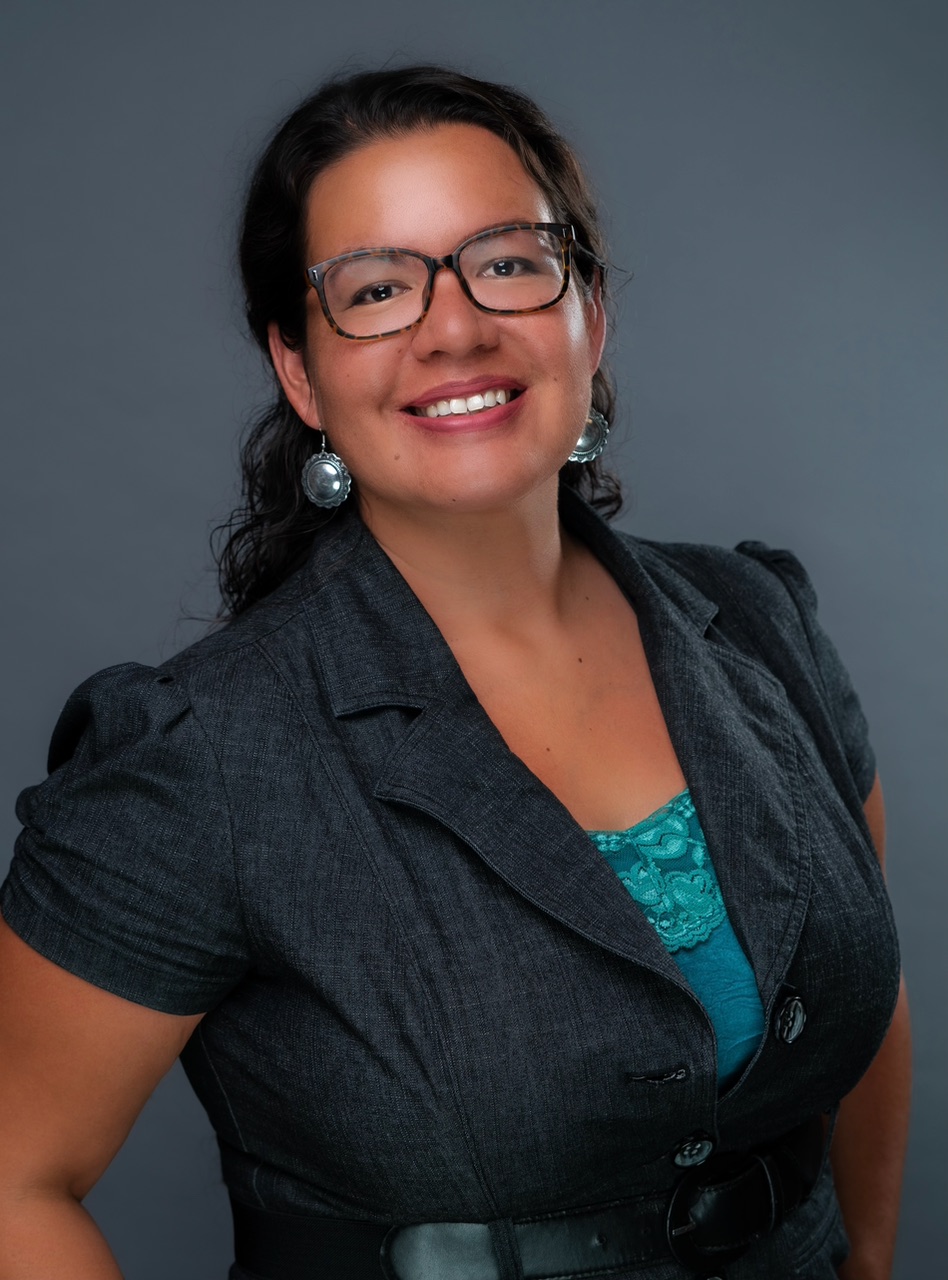 Laura Blythe is an enrolled member of the Eastern Band of Cherokee Indians. She was born & raised on her ancestral homelands, the mountains of Cherokee, NC, and is a 2006 graduate of Western Carolina University. Laura is the Program Director at the Cherokee Historical Association and has been an employee of CHA for 22 years. Laura lives on the Qualla Boundary with her husband, her daughter, Lily & dog, Maggie, her son, Nate, is a senior at ETSU living in Johnson City, TN.

It is Laura’s life work to help Cherokee culture survive and thrive. As the Director for CHA, Laura creates programs and exhibits which portray authentic Cherokee culture at the Oconaluftee Indian Village. The goal is to educate the public and community about who we are as Cherokee people through lectures, ancient craft demonstrations and Cherokee language classes. In 2019 Laura established Qualla Creations for CHA, a local Non-profit retail shop, that puts focus on local artists and has authentic Cherokee flair.

Laura is a Right Path alumni, where she helped spearhead the Anetsodi Stickball Challenge. She has helped with the Remember the Remained bicycle ride, Cherokee Zombie Run, CHA Haunted Adventures, Atlanta Braves; EBCI Night and Cherokee Traditions at Truist Park, and created the Oconaluftee Indian Village Mentoring Program. In her free time Laura volunteers for the Atlanta Braves Cultural Committee, Tahnee’s Kids Foundation, Right Path projects, various Cherokee Cultural events, and assists in the community any way she can.

* Approval of an institutional land acknowledgement to use at WCU

* Setting new goals for the center

* Supporting the Cherokee Center at current events throughout the year