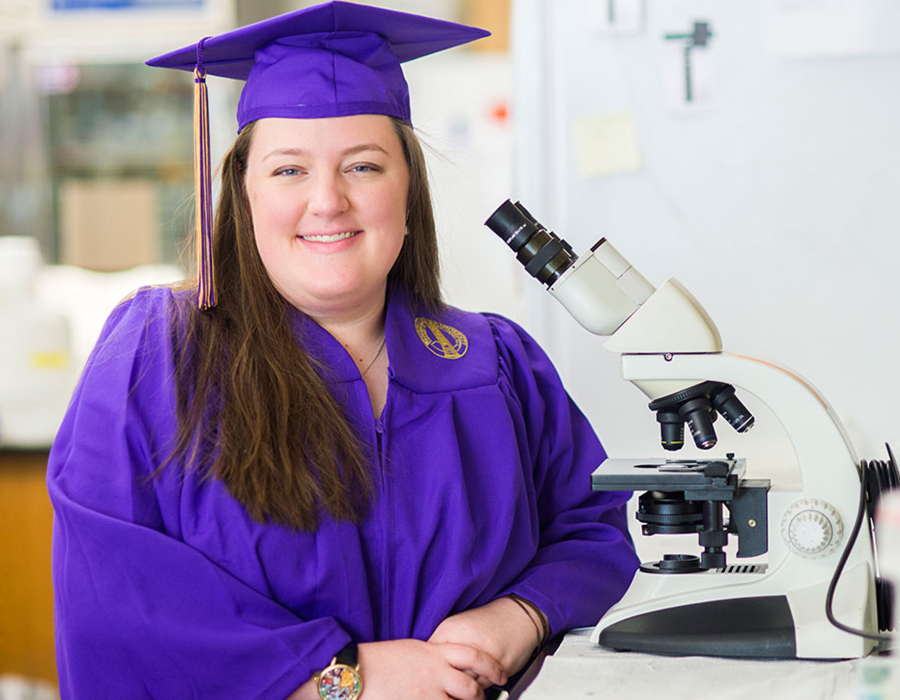 Students, pets, pets, students. It seems to be one or the other for Western Carolina University senior Sarah Bennett, who graduated in May with a biology degree and an eye on veterinary school.

Bennett, a 2014 graduate of Mallard Creek High School in Charlotte, spent the last two-and-a-half of her four years at WCU working as a resident assistant in Balsam Hall, an Honors College residence hall, helping students (especially freshmen) adjust to life away from home. "It's kind of like being a den mom," she said. "I had over 50 residents, honors students, that I checked on and took care of. You know, 'Is everybody good? Is everybody having fun?'"

The position gave Bennett a chance to repay WCU for the gracious patience it extended to her as a surly freshman four years earlier. "When I first came to Western, my first week or two on campus I hated my life because I was three hours away from home and had never been that far away for that length of time," she said. "After a while, I started making friends and they started pulling me out to do things, which made me more comfortable on campus. I wanted to do the same thing for residents who were feeling how I had felt, and say, 'Oh, you're not getting out? Well, let's go.' Or, 'Let's find you something to do.'" 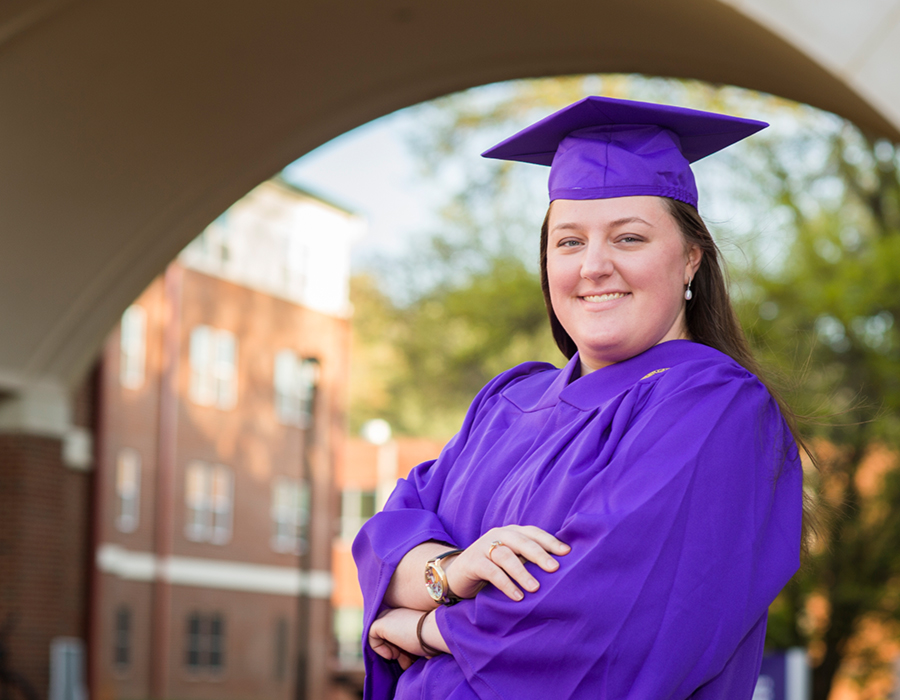 With four years of veterinary medical school on the horizon, Bennett is grateful for the job and for the roughly $2,300 in endowed scholarships she received, namely the Dean Carroll Plemmons and I Love WCU scholarships. Bennett plans to work a year after graduation and study for the Graduate Record Exam before applying to North Carolina State University College of Veterinary Medicine. As soon as school was out this spring, Bennett exchanged residence hall life for kennel life at VCA Stoney Creek Animal Hospital in Charlotte, where she first started working as an intern in the summer of 2016, thanks to an internship class in the WCU Department of Biology.

Bennett credits WCU's small classes, faculty, the Honors College and a handful of mentors and other WCU folks with helping to nudge her out of her shell – among them Chancellor David O. Belcher.

It was spring semester 2015 – Bennett's first year, Belcher's fourth – when a shy (yet bold?) freshman asked to shadow Belcher for an English class writing assignment. Her skeptical professor, Pamela Duncan, asked her if she had a backup plan. "Sure, I have a backup plan," said Bennett. In reality, she did not.

Belcher obliged and exceeded Bennett's request for an hour or two of his time by inviting her to spend the day with him and Jeff Ray, dean of WCU's College of Engineering and Technology, on a whirlwind visit to Murphy. 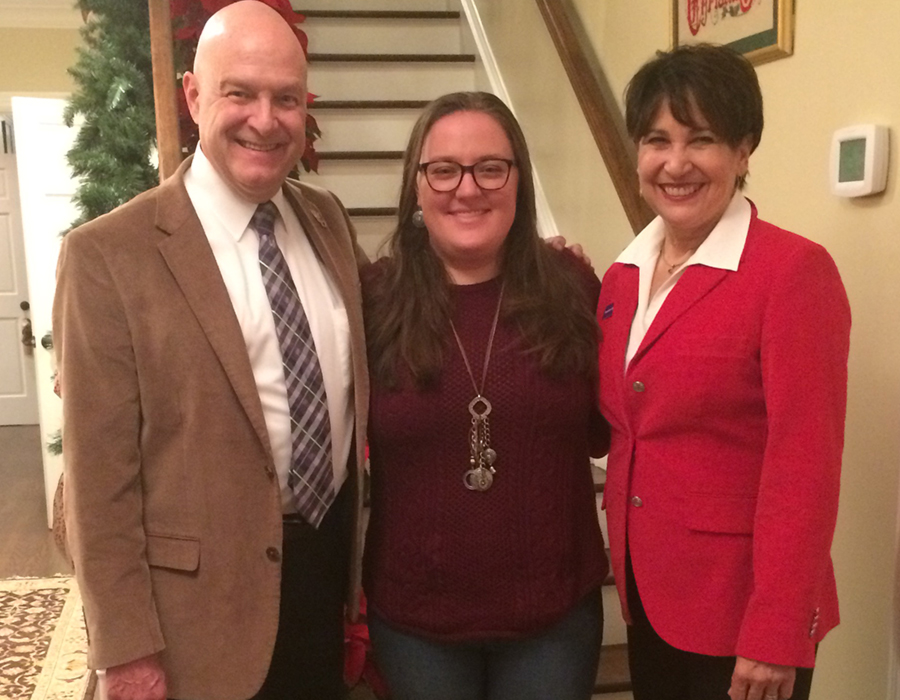 It was during the 90-minute drive from Cullowhee to Murphy that Bennett, sitting quietly in the back seat with Belcher at the wheel, prodding her to talk, transformed from reticent freshman to curious student and began to see Belcher as someone more than THE CHANCELLOR.

In December, before Belcher went on medical leave after battling brain cancer since April 2016, Bennett saw him at the Holiday Open House for WCU student leaders at the Chancellor's Residence. They reminisced about the day a shy freshman sat self-consciously in the backseat of her university chancellor's car mustering the courage to ask a question. "I told him, 'I remember everything about that day,' and he said, 'Me too.' I told him I remembered asking him what he wanted to be remembered for and that he had said, 'As the chancellor who moved the needle.' And I said to him, 'You did it.'"