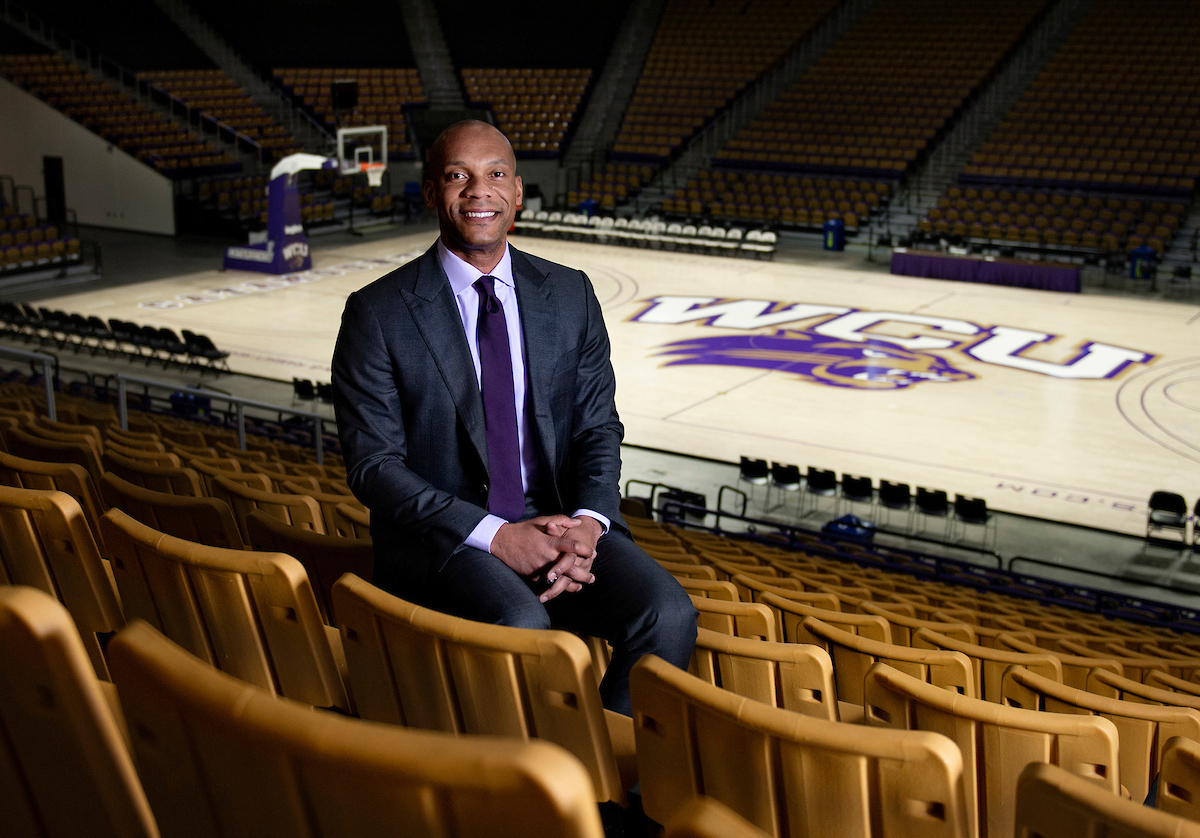 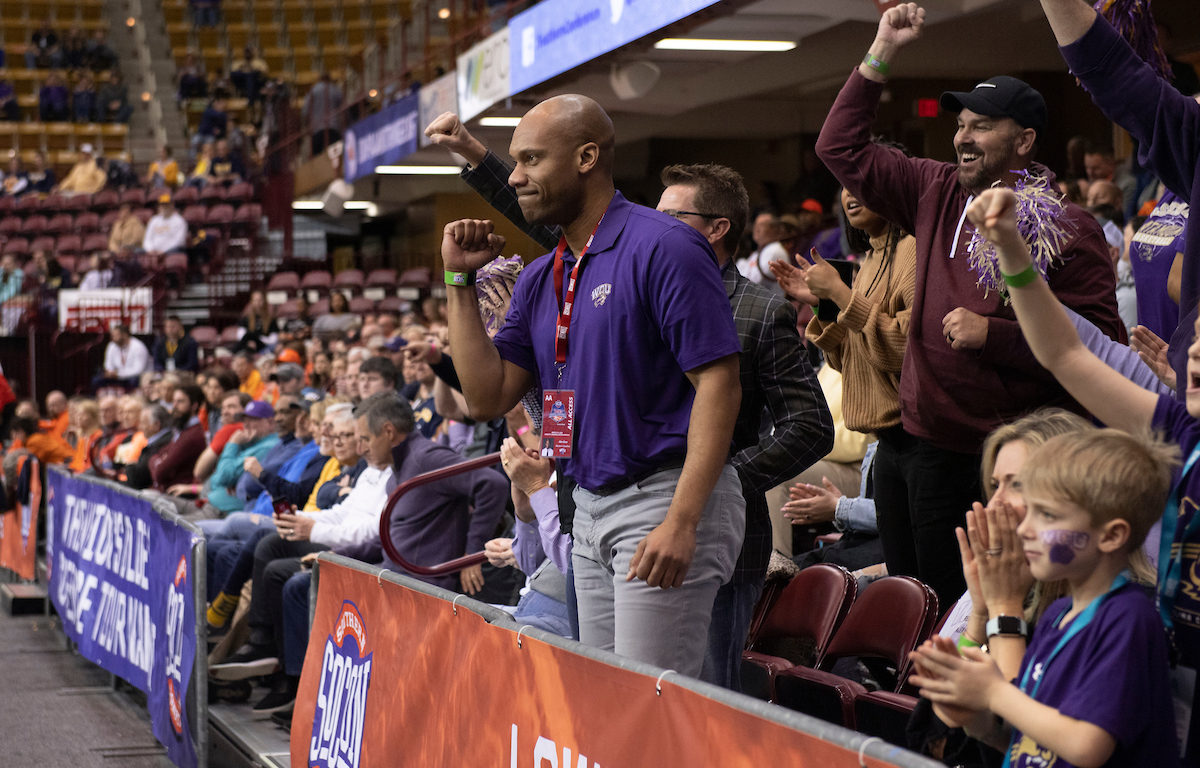 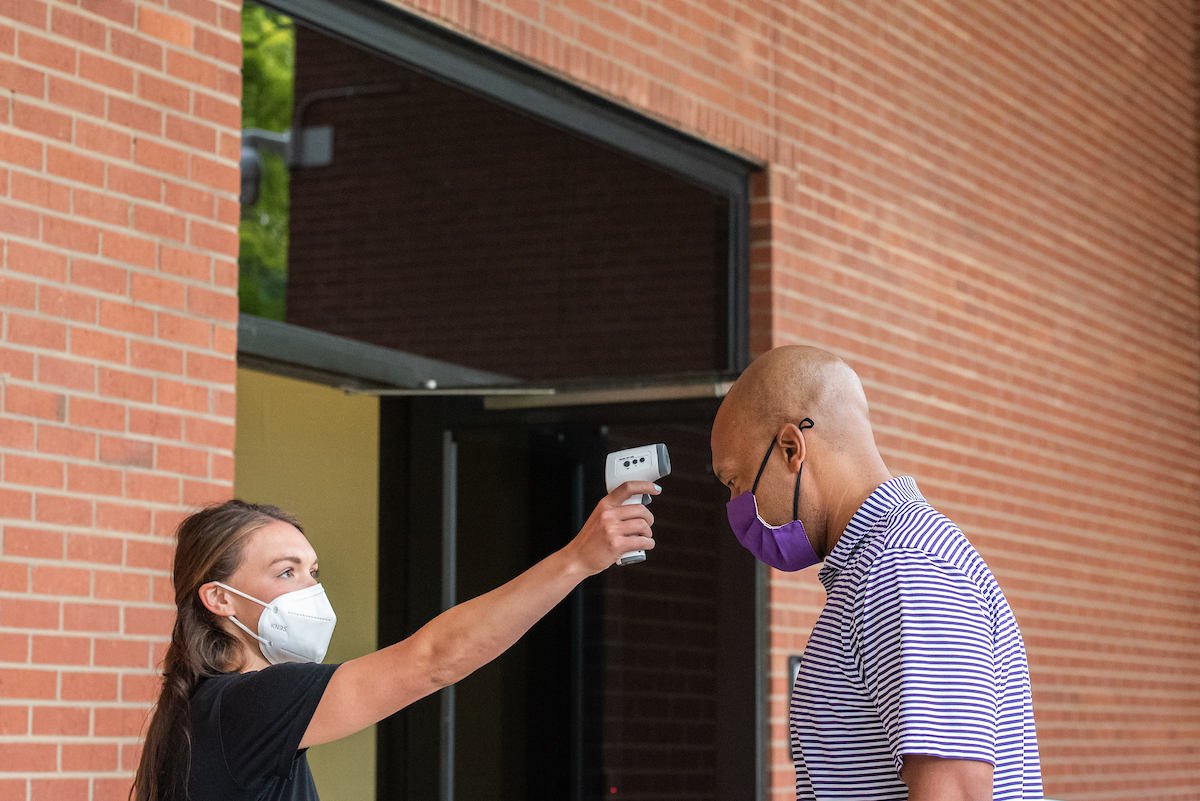 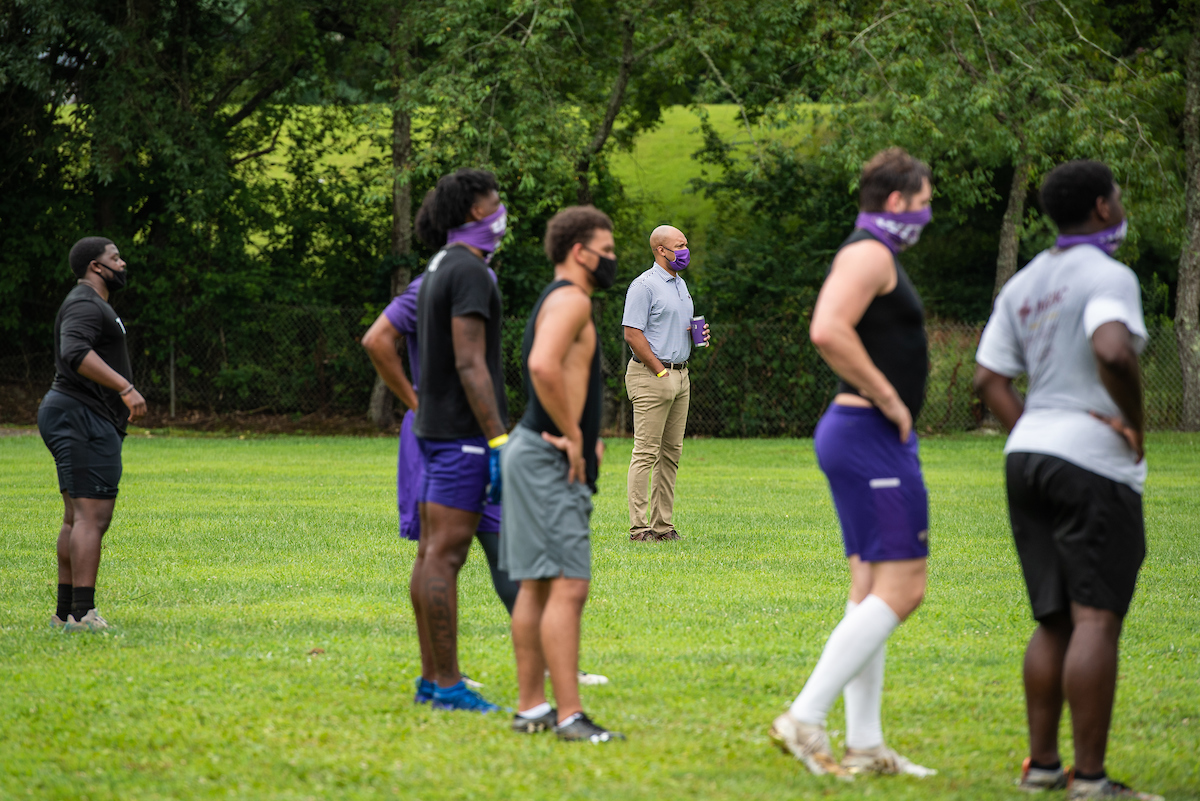 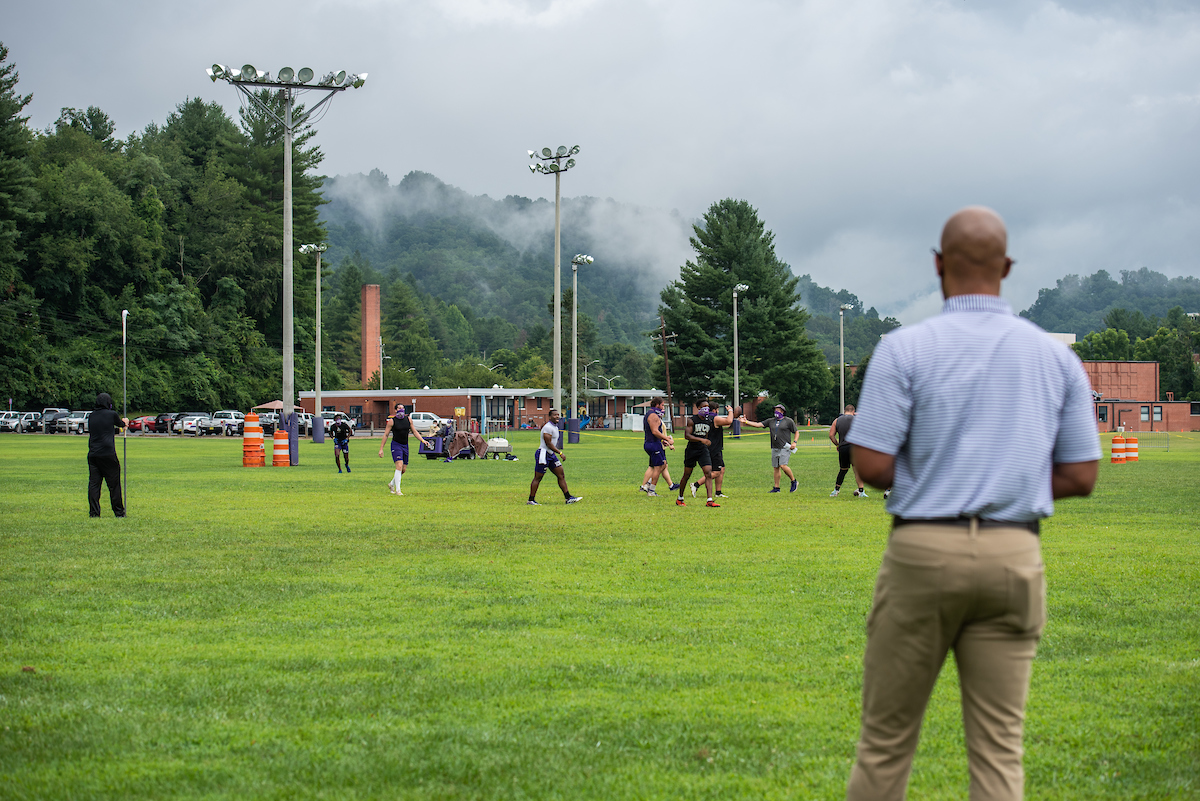 Between COVID-19 and civil unrest, it has been a trial by fire for WCU’s new director of athletics

But as he was wrapping up his previous job as senior associate director of athletics and chief development officer at Oregon State University, the COVID-19 pandemic began. All of a sudden, Gary found his view of what to expect a lot blurrier. And while he was able to communicate with a small fraction of the people he had intended to, instead of navigating the pre-coronavirus landscape, Gary found himself, along with his staff, contemplating ways to bring student-athletes back to campus responsibly in hopes of competing during the 2020-21 season.

“All you’re thinking about and talking about literally every single day is this pandemic,” Gary said. “I’ve had to try to juggle communicating with the staff, appropriately communicating with donors and others who have a significant interest in what we’re trying to do, or what we’re doing, and at the same time communicate with parents about bringing their student-athletes back in a responsible manner. None of that has anything to do with what I thought I’d be doing. It’s definitely been an adjustment, but it’s going pretty well so far.”

About a month prior to reporting to WCU, Gary established a COVID-19 athletics working group. Group members conversed with other institutions, particularly those in the Southern Conference, to see how they were coping with the pandemic. Those meetings allowed Gary to get to know his staff and university officials at a much faster pace than normal.

It also afforded him the opportunity to see how people responded when facing a crisis situation.

“I’ve been able to see those things in two months, which usually takes a lot longer because everybody has on their welcome faces,” Gary said. “We’re in some pretty serious conversations, having to poke holes in a lot of recommendations that people make based on trying to do our best to get this right. It’s allowed me to be a lot more familiar with athletics staff and university staff. We’re jumping in the first meeting discussing potential solutions, as opposed to just simply getting familiar with each other. I actually think that’s been a good thing.”

His handling of the pandemic has not gone unnoticed by his staff. “I feel for the guy,” football coach Mark Speir MAEd ’95 said.

“This isn’t how you want to start your first AD job – in the middle of a pandemic. I told him, ‘It might be good that you don’t even know what you need to be scared of.’ He’s been very thorough. It’s been a really good relationship to this point. I’m excited about where the future of Catamount Athletics is headed under his leadership.”

In the midst of dealing with the pandemic as it relates to athletics, Gary was then faced with racial and social injustice issues that swept the nation, most notably the killing of George Floyd, an African American, by a white Minneapolis police officer. While student-athletes were not on campus at the time nationwide protests were taking place, the athletics department felt it was important to show support for its minority student-athletes.

Gary announced four actionable initiatives to ensure that all student-athletes are educated, empowered and included. The initiatives were:

1. We will launch an initiative that focuses on voter education and voter registration for Catamount student-athletes. This will include stressing the importance of participating in local elections that affect their local communities.

2. We will work with local officials to educate our student-athletes on how to effect change based on understanding how decisions are made at different levels of government.

3. We will have consistent communication with our student- athletes via ‘Real Talk’ sessions with Director of Athletics Alex Gary and others. These conversations will allow our students to share their stories and help guide our path forward toward promoting inclusivity in our community.

4. We will abide by Strategic Direction 3.2.2 in the WCU Strategic Plan and ‘provide ongoing, appropriate diversity professional development for faculty (coaches) and staff.’ Our focus will be to address any gaps in our skillsets when it comes to issues of race, intolerance, and cultural humility.

“I think it helps because student-athletes know that I get what they’re saying. I can share some similar experiences.”

“I think it helps because they know that I get what they’re saying,” he said. “I can share some similar experiences. My experience at Western Carolina was fantastic in the early 2000s. But I’m one person of many minority student-athletes and many minority students that are on this campus. I think them being able to sit across from me knowing that I’ve walked in their shoes, literally their shoes, and be able to hopefully speak in an informed manner about the way we’re moving forward will help.”

Gary also has carved out time to focus on the athletics facilities masterplan, which has included the installation of new turf at E.J. Whitmire Stadium this summer. He looks forward to the time when  he can interact with more alumni.

“I’ve been able to reach out to only about a quarter of the alumni that I had intended to at this point, unfortunately,” Gary said. “I’m certainly going to stay committed to making those calls and reaching out because people have been so supportive of me. I just wish I could reciprocate that attention and go visit with our alumni in Charlotte and Atlanta, Asheville and other areas. It’s challenging to  do that right now.”

The pandemic also managed to affect Gary’s personal life. He was supposed to marry Katie Mavis on Aug. 8 in South Haven, Michigan. But early on, when Michigan was among the states with the highest COVID-19 cases, they rescheduled the wedding for next spring in Canton. Eventually, they got married at the end of August. It’s further proof that Gary is clearly capable of adapting on the fly in the midst of a pandemic. 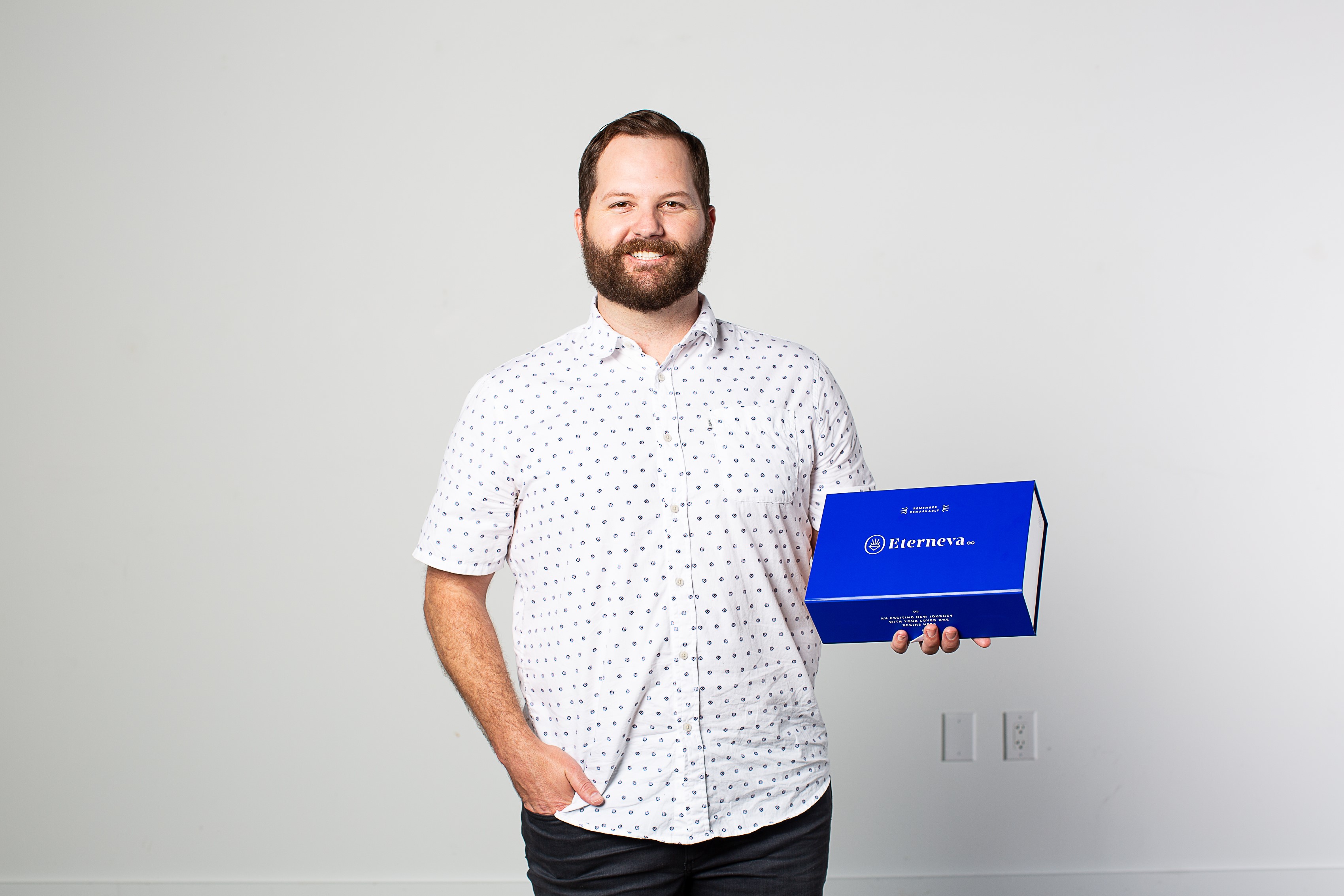