The Chancellor robe is a doctoral styled robe made with custom WCU purple crepe fabric. Her robe features purple velvet panels and 4 doctoral bars on each sleeve to represent the status of Chancellor. The velvet panels are embroidered with the official Western Carolina University seal in gold thread.

Caps are black, made from mortarboard and worn flat on the head with one corner of the square facing the front. The tassels for the doctoral degree are gold, and those for other graduate and professional degrees may correspond to the trimmings on the hoods.

The cut of the gown indicates whether the wearer holds a bachelor's, master's or doctoral degree. The bachelor’s gown is a simple, unornamented robe with long pointed sleeves. The master’s gown is more elaborate and many styles have slits in the sleeves. The doctor’s robe is ornamented with three bars on each bell-shaped sleeve and panels on the front of the robe. The standard color of the robe is black, although some institutions have adopted other colors.

The white robes and caps worn by the student marshals and student delegates at Western Carolina University are an indication of their undergraduate status.

The color of the tassel on the cap and of the border on the hood represents the field of study in which the degree was earned.

In the installation ceremony, the president of the University of North Carolina system confers the symbol of office by placing Western Carolina University's medallion around the chancellor’s neck.

Fashioned of handcrafted sterling silver, Western Carolina University's medallion is four inches in diameter and bears a seal designed in 1925 by art student Betty de Berry of Mount Gilead, N.C. The circular design encloses an outline map of North Carolina and a pine bough that reaches from the Outer Banks to the westernmost portion of the state, where the location of Cullowhee is marked with a star. The word Cullowhee and the date of the institution’s founding, 1889, complete the design, which served for several decades as the official seal of the Chancellor. On the medallion’s reverse side is engraved a list of the heads of the institution. 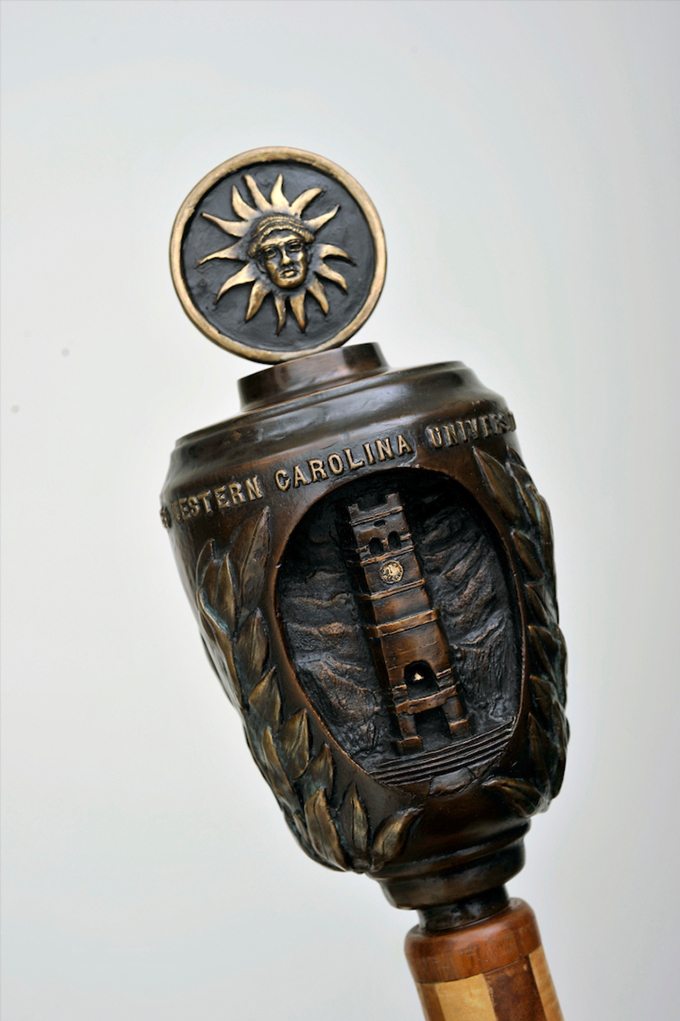 The Western Carolina University mace, created in 1993, is the symbolic representation of the university’s authority at official assemblies. Symbolic academic maces descend from medieval and earlier times, when heads of church and state carried wands or staffs to represent authority. For generations, colleges and universities have used maces in their formal ceremonies.

The Western Carolina University seal bears the image of the Alumni Tower, the university’s best known landmark and a symbol of the support and dedication of the institution’s graduates and friends. Financed through gifts from alumni and other donations, the tower was erected on the occasion of the university’s centennial in 1989 and dedicated one year later.

Past Presidents and Chancellors

*Dr. Brown is counted as the institution’s 12th president or Chancellor because historically interim or acting leaders were not included in the tally, and those who held the position on more than one occasion were counted only once. 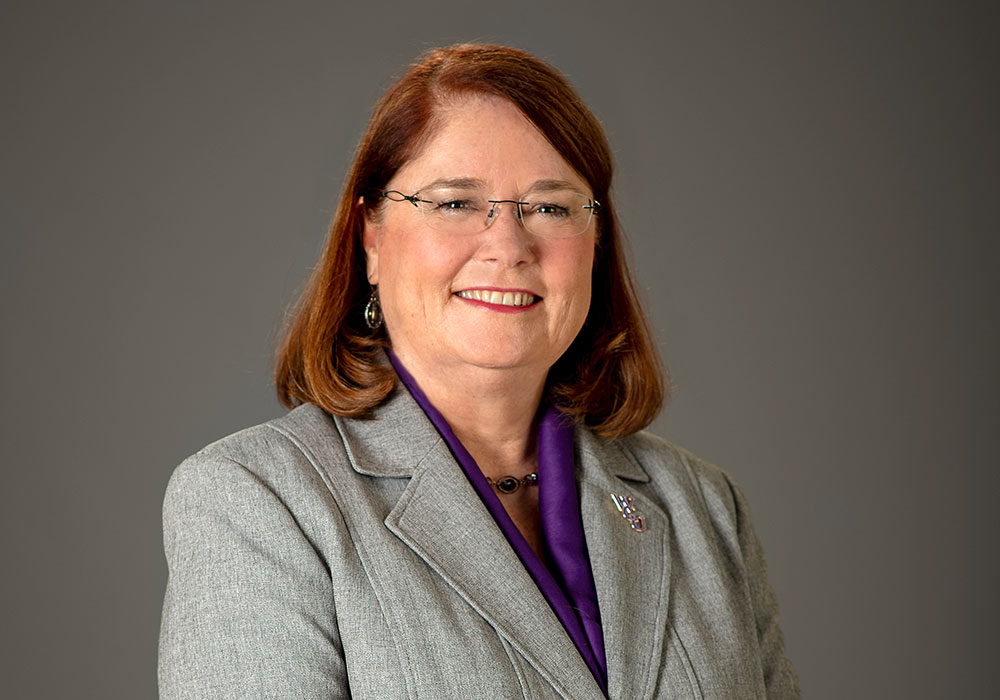