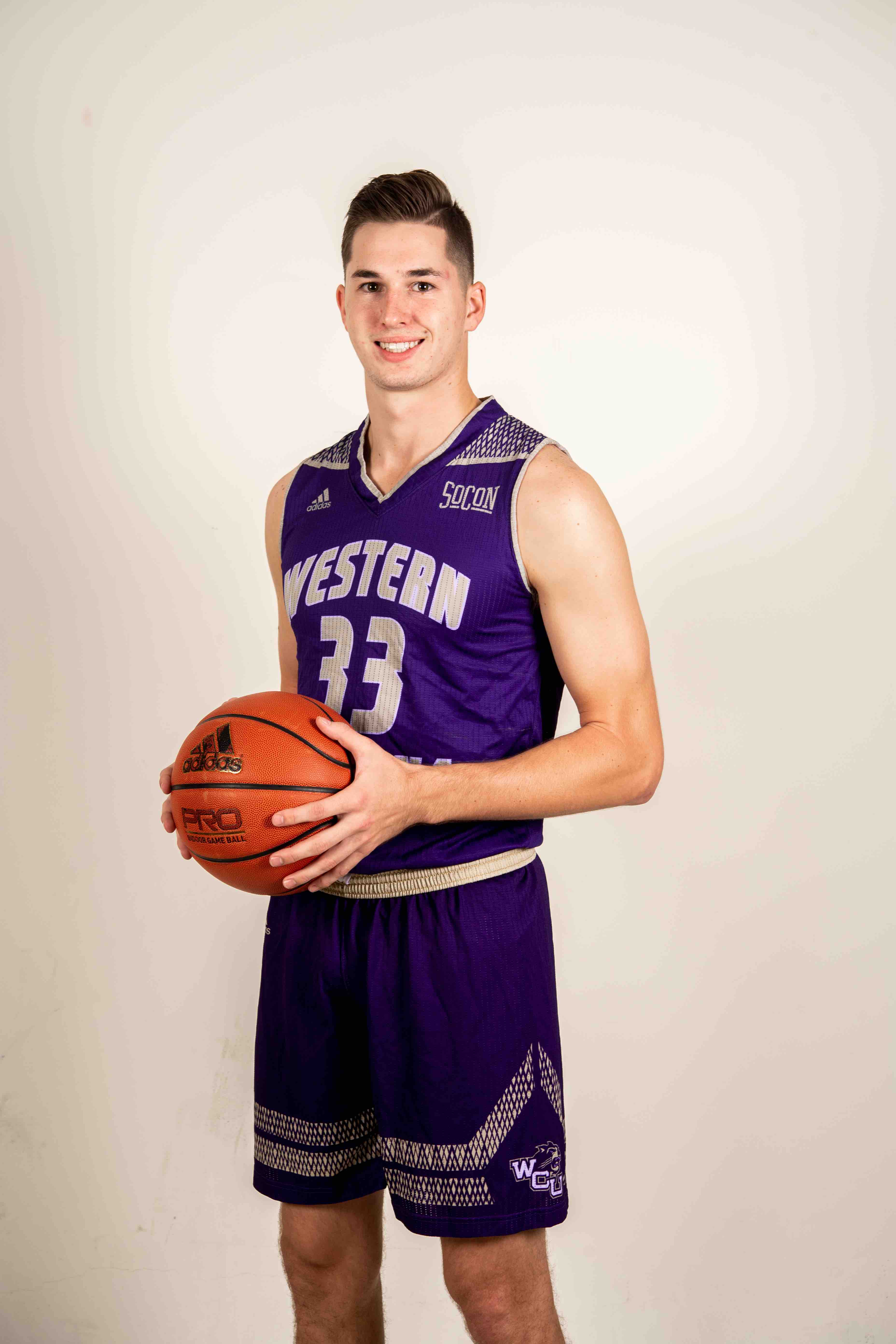 As the son of two athletes, a lifetime career in athletics could have seemed defined for Onno Steger. His mother was an ice skater and his father played collegiate basketball. But, his parents never forced him to become an athlete. He found his own way into sports. They are where he finds passion and purpose. Football, soccer, lacrosse, baseball…he tried it all before settling on pursuing basketball, and eventually became a part of the small percentage of athletes who play at the collegiate level. Something he hoped for, but knew was no guarantee.

A college education, however, was always on his radar regardless of the opportunity to play basketball. Inspired by his sister’s collegiate adventures, Onno wanted the same opportunity to pursue an education while hanging out with friends and exploring new places.

With a readiness to pursue a higher education, Onno only had one stipulation in his way. He couldn’t go to school near home. His mother wanted him and all of his siblings to get out of their home state and explore somewhere new. Coming to the small town of Cullowhee from the city in Upper Arlington, Ohio was a big change, but one he welcomed. The prospect of new experiences, and hiking and fishing opportunities excited him.

And for Onno, a degree just makes sense. “In today’s world, a degree is something that you need to surpass your peers if they don’t have an equivalent degree. You’re going to gain more knowledge at college than you think if you had skipped it,” said Onno.

Beyond obtaining a degree, Onno knows college also poses the perfect networking opportunity for you to make connections. You have access to thousands of people who could be meaningful in your career. Your classmates could very well be someone you turn to for a job or a business venture in the future. Onno believes, “Who you know is gonna get you through the door, and what you know is gonna get you the job, but you've got to get through the door first, you've got to get that opportunity,” he said.

His hard work has led him to achievement both athletically and academically, with his family supporting him along the way. And, has come in spite of a middle school coach’s memorable statement that he would never play basketball at the next level, that he would never amount to anything. That statement has been a driving force for Onno, a moment which he feels changed his life forever. He wouldn’t be where he is today, if it wasn’t for that.

Onno has pushed himself to excel and use his scholarship opportunity to not just pursue his athletic passions, but to prepare him for what comes after. While he loves basketball and hopes to continue playing after college, he knows it won’t last forever. One day the ball will stop bouncing, and he needs another path to follow when it does.

When basketball is over, he wants to be his own boss. He is currently pursuing a double major in entrepreneurship and finance, with a minor in economics, with plans to pursue a M.B.A. after graduation. Eventually, Onno would like to pursue commercial real estate like is father.

Continue supporting student-athletes like Onno by joining or renewing your membership with the Catamount Club here.