Junior finance major Devarius Cortner remembers the phone call he received offering him a full scholarship to attend WCU and play football. An official visit excited him even though he had barely heard of WCU before, it was an opportunity for him to get to learn more about Catamount Country. “Coach Speir always jokes that he didn’t think I would actually come to Western, because of how close I am with my family,” said Devarius at Catamount Club’s Scholarship Gala. What Coach Speir didn’t realize was WCU presented an opportunity for something Devarius didn’t have back home—brotherhood.

Devarius grew up in a household full of women. After his mother passed away, he and his sister grew closer as their second cousin took them in to live with her and her young daughter. He has always been family oriented, so leaving home was a big step. But, during his visit he saw that WCU wasn’t just a place to pursue his athletic passion and an education, WCU was another family. He immediately fell in love with the campus and its community, and suddenly it didn’t seem so hard to leave home if he was stepping into another family.

Not only were athletics a passion for him his whole life, academics were as well. Education was always important to his family. And coming to WCU, he realized that while he already placed importance on learning, school wasn’t just about getting good grades, going to class, and reading textbooks, it is about the education you receive about yourself and your experiences in life. His time at WCU is something he will never forget, “These are memories and experiences I will cherish the rest of my life, made even more impactful because I shared them with my Catamount Family,” said Devarius. 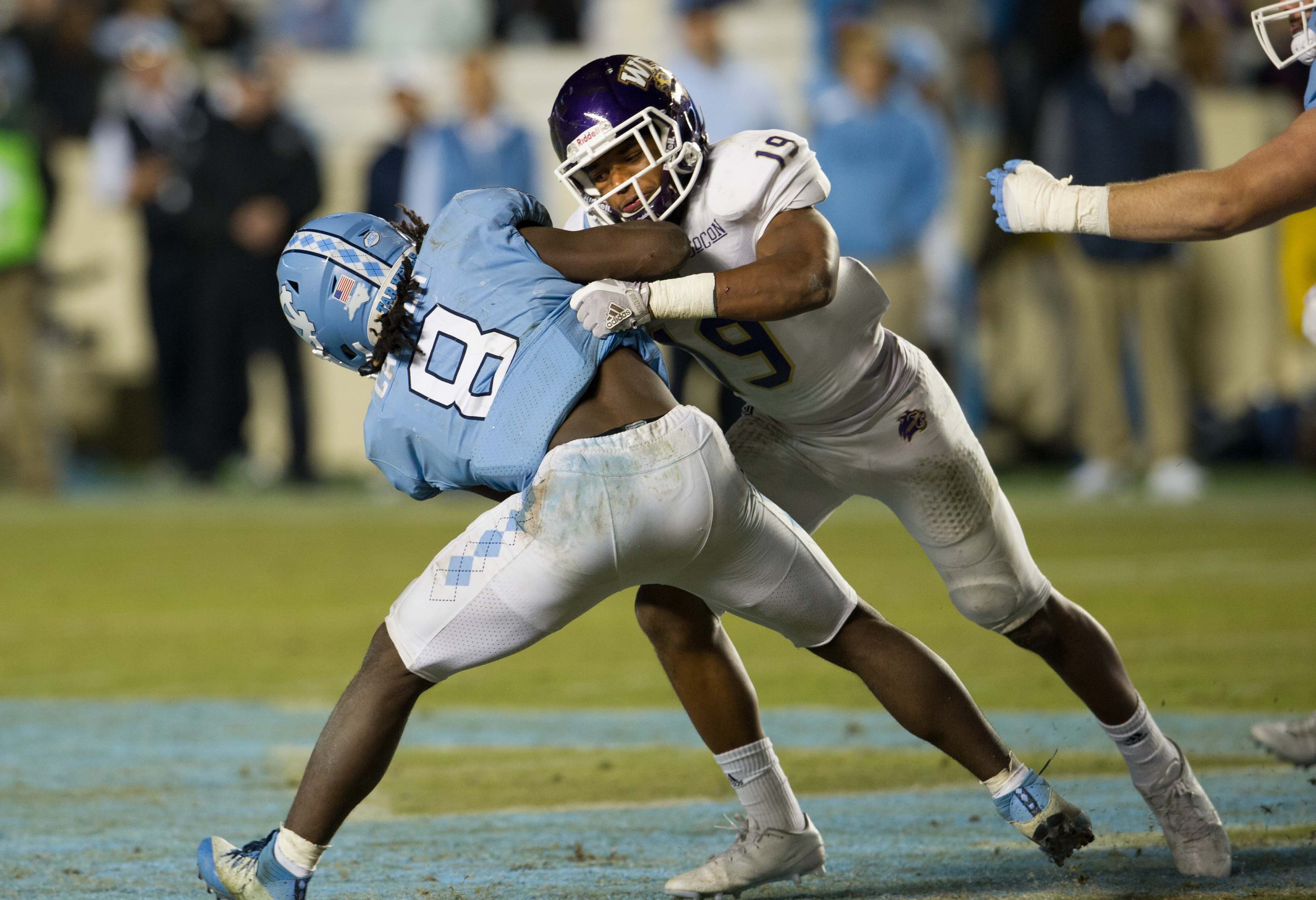 A scholarship and the offer to play for WCU has enabled him to pursue a career in football, but he hasn’t let that sidetrack him from focusing on what life could be for him post-college. Playing professionally after graduation isn’t a guarantee, although he hopes it is a possibility. One day, football will go away, and he needs to be prepared for another career as something to fall back on. He hopes to one day be a business owner, a possibility which is at his fingertips through education. This opportunity he said, addressing the donors at the gala, “wouldn’t be possible without your generosity and desire to make a difference in students’ lives. Without you my world would be much smaller,” said Devarius.

Whatever path he takes after graduation, pro-football or a business career, he feels that his time here both on and off the field has helped prepare him to expect the unexpected, continuously learn, and that when things get tough, you can’t give up.

Continue supporting student-athletes like Devarius by joining or renewing your membership with the Catamount Club here.