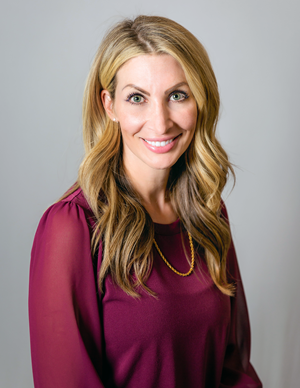 Associate AD for Development
Director of the Catamount Club

Miller will also serve as the sports administrator for both the WCU’s men’s and women’s golf programs.

Miller assumes the lead role within the Catamount Club after having spent four and a half years as the Senior Director of Major Gifts and Engagement with the Sun Devil Club. Within her role at Arizona State, she has been an integral part of Campaign ASU 2020, a successful university-wide campaign in which Sun Devil Athletics played a leading role. The results included facility support for Sun Devil Stadium, The Thunderbirds Golf Complex, and the Arenas Campaign, while also affording families an opportunity to establish endowments.

As the Senior Director of Major Gifts and Engagement, Miller helped revitalize the sport-specific fundraising efforts for the ASU men’s basketball, women’s triathlon, men’s and women’s golf programs. She was also selected to help lead and develop a comprehensive strategic plan for the department. Her duties at Arizona State also included sport supervision for the Sun Devil women’s golf program.

Originally from Jeannette, Pa., Miller earned her start in collegiate athletics as an athletics development intern at Western Carolina in August 2010. A year later, she worked her way into a full-time position as an assistant director within the Catamount Club and ultimately rose to the associate director title in 2013.  She helped orchestrate and key many donor stewardship events including the Catamount Golf Tour, Coach’s Caravans and Holiday Socials, and the Student-Athlete Scholarship Gala.

Miller earned a bachelor of arts degree in communication in 2009 from the USC Upstate in Spartanburg, S.C., where she was a member of the women’s golf team. 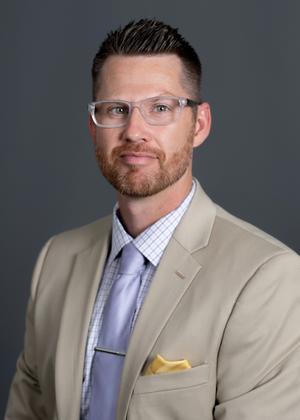 Mark Warren joined the Western Carolina development staff in September 2022 as the Director of Development with the Catamount Club.

Warren arrived in Cullowhee after serving as the Athletic Director for External Affairs at Shepherd University in Shepherdstown, W.Va. During his tenure with the Rams, he oversaw all activities associated in the areas of social media, marketing and promotions, game day operations, ticket sales and revenue generation. He was the sport supervisor for men's and women's basketball and established the R.A.M.S (Ready Athletes Made for Success) career development initiative.

Prior to his tenure at Shepherd, Warren was an account executive for corporate relations and group sales for the Down East Wood Ducks minor league baseball team in Kinston, N.C. He was involved in sales and customer service, license agreements, event negotiations, and operations with local businesses for the organization. Warren managed a portfolio of diverse accounts that led to the Wood Ducks being ranked in the top 10 of minor league team valuation.

Warren holds more than 15 years of sports management experience in coaching winning a state basketball championship in 2012, sport pedagogy, business management, and marketing. A two-time graduate of the University of Georgia, earning a Bachelor of Science in Sport Management and a Master of Science in Kinesiology, Warren served as a member of the United States Navy for more than eight years. He is married to Charlotte Warren, a former swimmer and diver at UNC Wilmington, and the father of twin sons Myles and Ryker. 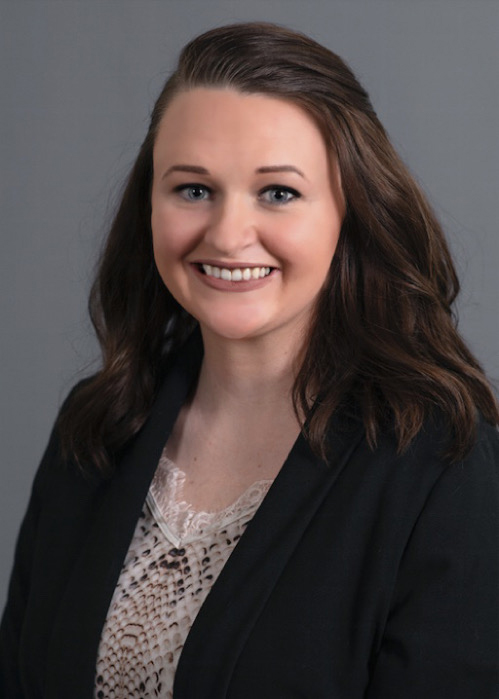 Lauren Rhyne returned to her alma mater to join the Catamount Club staff as the Assistant Director of Development, Events and Stewardship. While an undergraduate at Western Carolina, Rhyne spent two and a half years as a development intern with the Catamount Club.

Rhyne returned to Cullowhee after working as the College Relations Events Manager at Belmont Abbey College in Belmont, N.C. She also spent two years on staff as the Development and Operations Manager with The Roaring Riot / Riot Foundation in Charlotte working with fan engagement for the Carolina Panthers.

Rhyne earned her professional start as the Director of Communications and Events with the Gaston Regional Chamber in Gastonia, N.C. There she advocated for business leaders on a local, state, and regional levels and oversaw all communication and marketing efforts on behalf of the chamber.

After beginning her collegiate career at Lenoir-Rhyne as a member of the women’s golf team, Rhyne transferred to WCU and earned her Bachelor of Science degree in communication in 2017. While at WCU, she was the co-President of the Student Catamount Club, a women’s basketball student manager, and worked with WCU’s Athletics Marketing. Rhyne is also a member of the Phi Mu Fraternity. Her father, Ronnie Rhyne is also a WCU Graduate from the Class of 1982. 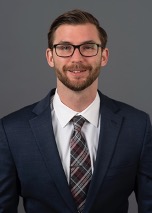 JP Hill joined the Catamount Club staff as the Assistant Director of Development in January 2022.

Hill made the move to Cullowhee after spending the past year as an Account Executive at the Hood Container Corporation. He also served as a Commodities Trader with Georgia-Pacific.

Hill was a part of the first Graduate Management Training Program at Smurfit Kappa North America, a two-year program focused on various business functions. He rotated between four different locations where he worked in all areas of business with an underlying focus on sales. He later earned a full-time position as a Sales Professional at SKNA.

Hill earned a Bachelor of Science Degree in Marketing and Packaging Science in 2014 from the College of Business at Clemson University. Hill was a walk-on in the defensive secondary for the Tiger football team. 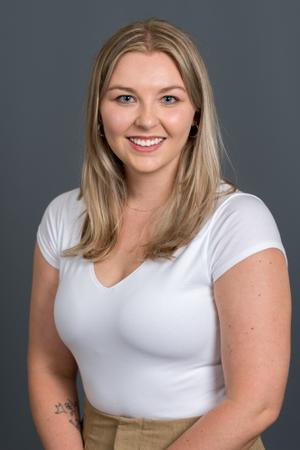 Taylor Holman joined the Catamount Club advancement team in September 2022 as an Assistant Director of Development, coming to Cullowhee with an extensive background and experience in event management.

While working with the Rugby Union Players Association in Sydney, Australia, Holman planned and executed a networking event for past and present players and members of The Rugby Club Foundation. She also worked with the North Carolina State University Club to organize events for the member's children and worked as a program assistant for NC State's Wellness and Recreation where she developed and executed events within the group fitness department, developed programming and matrices for ACE Group Fitness courses and led and managed evaluations of instructors.

Holman earned her Bachelor of Science in Sport Management from NC State and her Master of Arts in Strategic Communication from Liberty University. 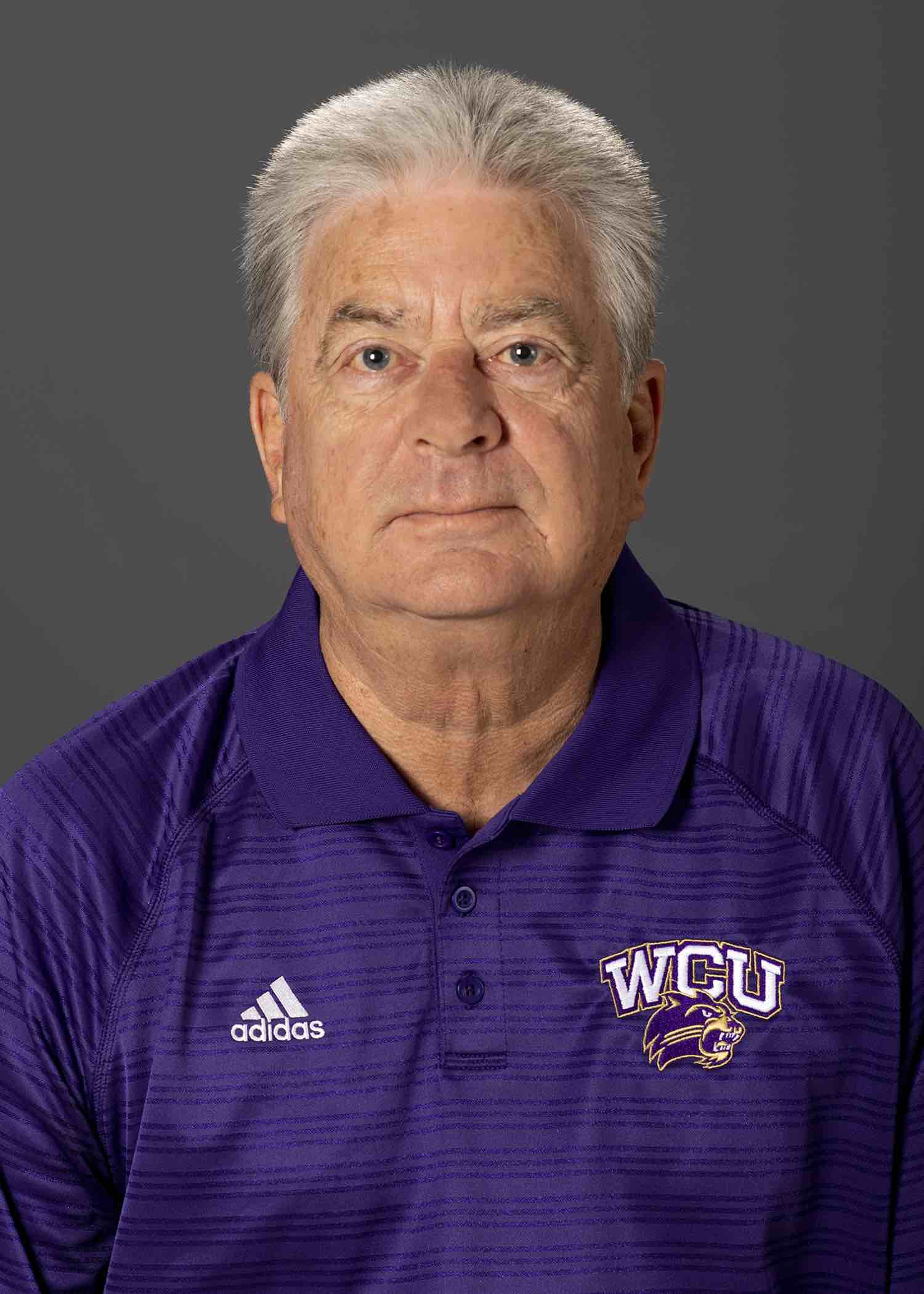 In loving memory of Jeff Bewesy, Catamount Club staff member and passionate WCU Athletics advocate. While Jeff sadly lost his battle to cancer in August of 2022, his legacy lives on each day through our staff and our mission to support the lives of current and future Catamounts. His kindness and impact will never be forgotten. 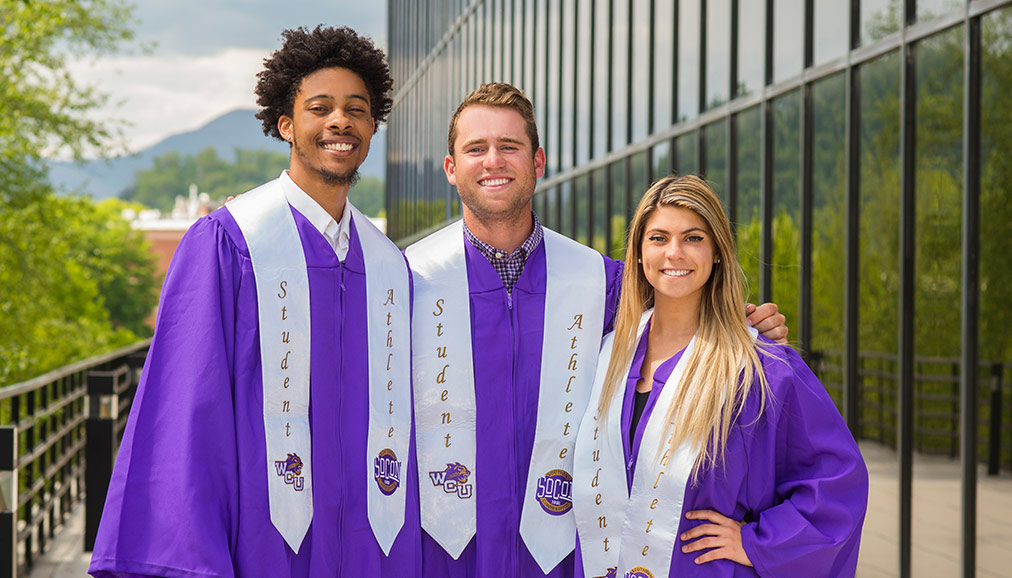 Get to know the students your membership supports in our Stories blog.