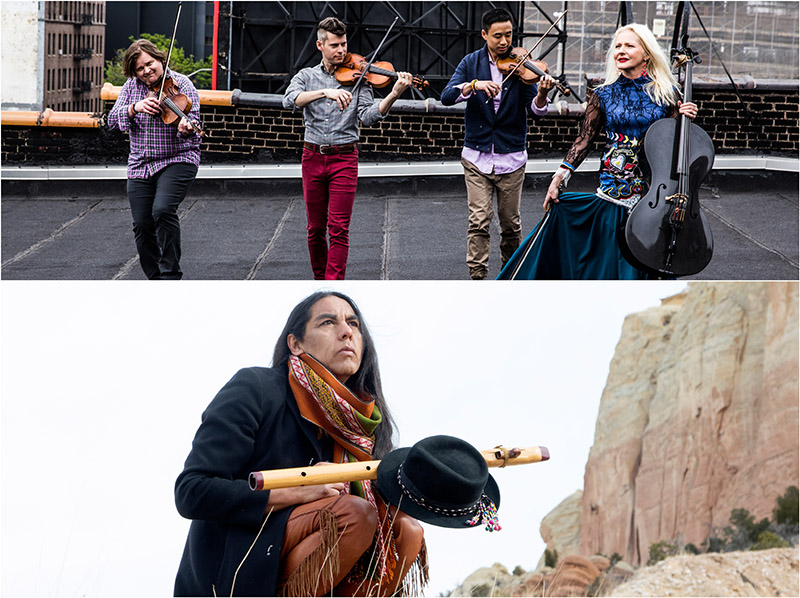 The River
The inspiration this time is Water as the embodiment of Spirit, and its essential role in Life on Earth. The audience is immersed in a flow of music, narrative, and ritual that evokes timeless Native American traditions through contemporary musical artistry.

As delivered by these master performers, the effect is breathtaking, even ecstatic. The program is an integral journey in instrumental virtuosity, song and storytelling, created uniquely for this event.

Click on each item below to learn more about the performance and artists.

THE CREATION OF THE RIVER 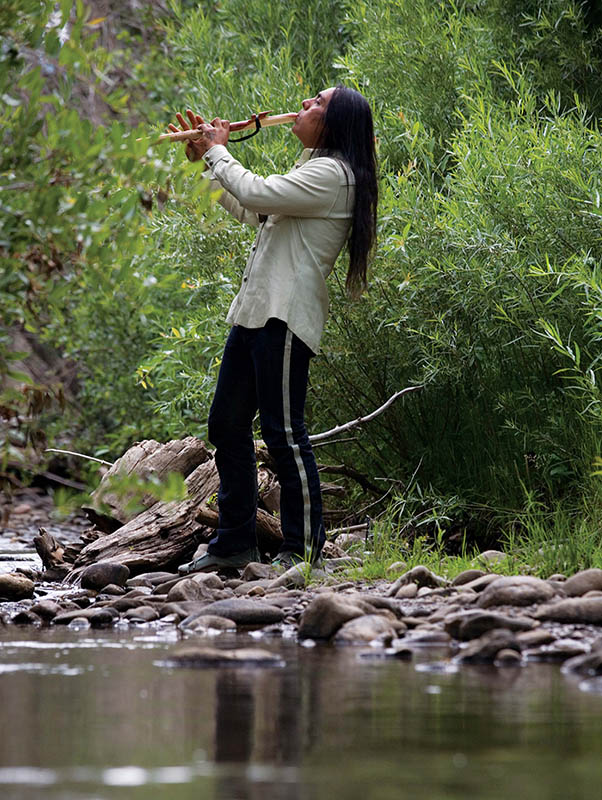 From An Kha Na to Peace Calls, through rushing rapids and still, sacred spaces, ETHEL and Robert Mirabal evoke the magic and majesty of The River which connects us all. In retreat together, at Mirabal's home on the Taos Pueblo, each of the artists brought original musical or poetic works with special significance to the group: Mirabal's own An Kha Na, his Taos-traditional Wi-Wa, Kip Jones' Tuvan Ride, Jay-Red and TSOMA, Dorothy Lawson's Gat'té, Ralph Farris' Rana-Run and Tsintskaro Memory (after the Georgian traditional Tsintskaro).

As the Pueblo River rushed past the door, storms came and went, and coyotes howled in the night, the pieces grew in scope and depth, each player contributing layers and insights. Influences were drawn in from Hawaii, Arizona, Mexico, Ecuador, Morocco, Nigeria, India, Mongolia, Tibet, Japan, and the country of Georgia. In sum, the sound is dazzling, and the spirit full of generosity, love, and gratitude. Every audience will find their hearts healed and their hope raised.

“In the hands of ETHEL, American music is alive and well.” - The Washington Post 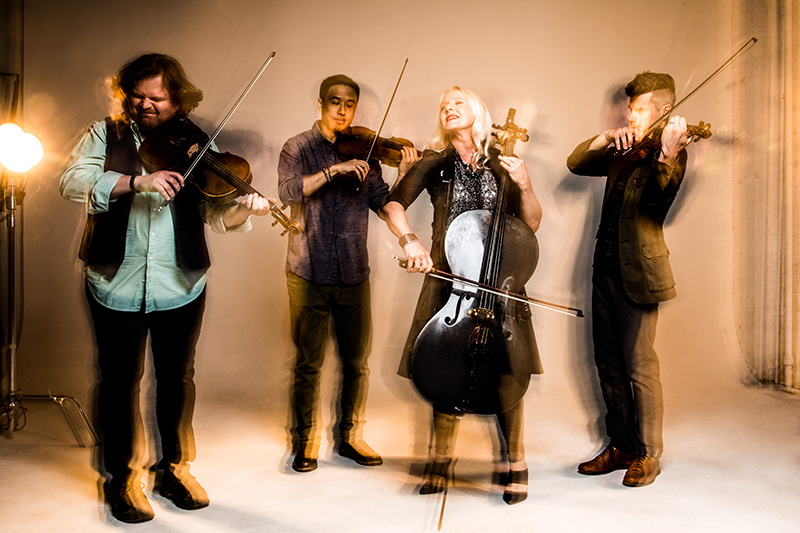 Established in New York City in 1998, ETHEL quickly earned a reputation as one of America’s most adventurous string quartets. Twenty years later, the band continues to set the standard for contemporary concert music. Known for its enlivened playing, blending uptown, conservatory musicianship with downtown genre-crossing, ETHEL has been described as “indefatigable and eclectic” (The New York Times), “vital and brilliant” (The New Yorker), and “infectiously visceral” (Pitchfork).

Since its inception, ETHEL has released six feature recordings (one of them nominated for a Native American Music Award), performed as guests on 35+ albums, won a GRAMMY® with jazz legend Kurt Elling, and performed in 14 countries, 45 states, and 250 cities. 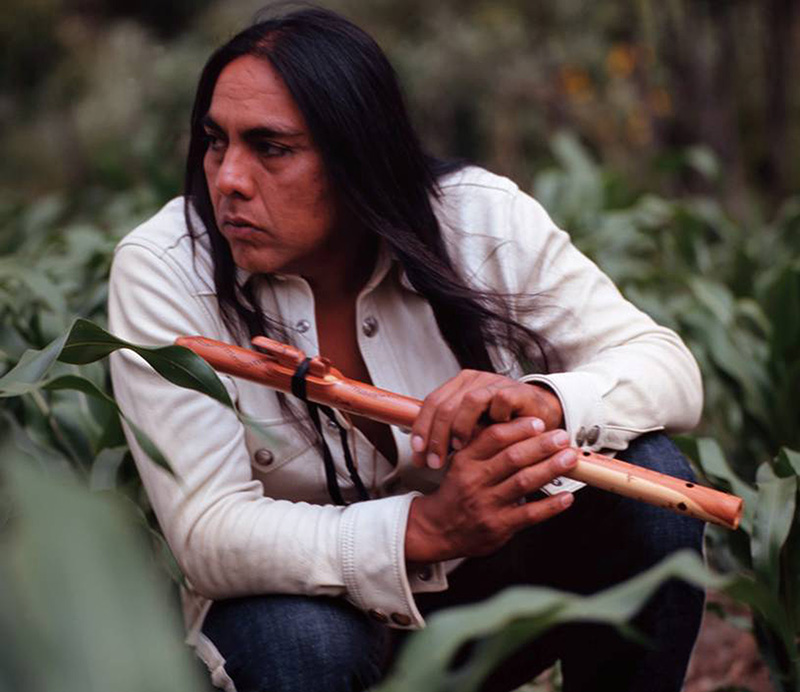 Robert Mirabal is Native America's most dynamic and best-selling artist. In addition to the music and instruments he creates, he is also a celebrated painter, poet and playwright. He is the author of A Skeleton of a Bridge, a book of poetry, prose and short stories.

Mirabal is the recipient of a National Endowment for the Arts Award, three GRAMMY® awards, and the New York Dance and Performer's "Bessie" Award for composition. Mirabal is also a two-time Native American Artist of the Year winner.

Please note that the WCU Fine Art Museum will be open one hour before this performance from 6:30-7:30PM.