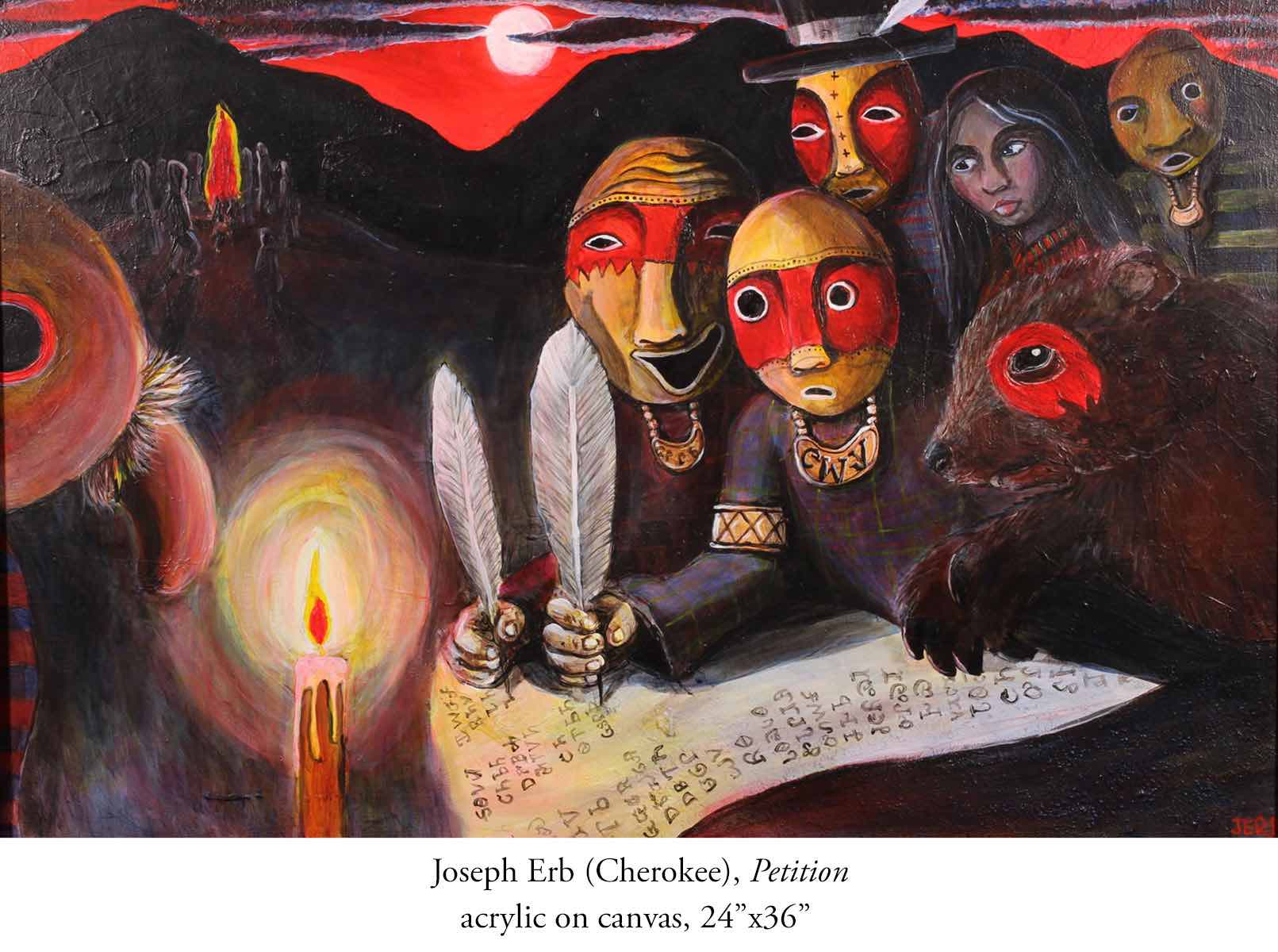 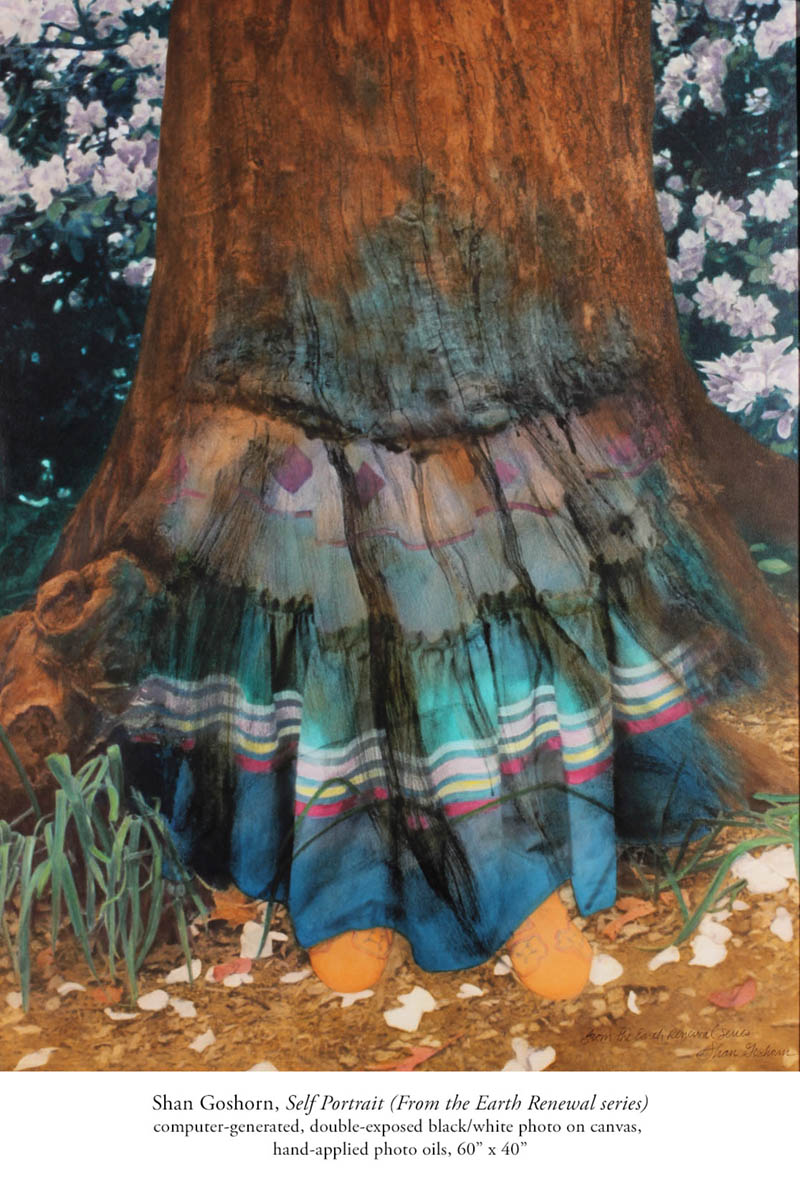 Shan Goshorn, Self Portait
(From the Earth Removal Series)

The WCU Fine Art Museum will be hosting the national traveling exhibition Return from Exile: Contemporary Southeastern Indian Art, curated by Tony A. Tiger, Bobby C. Martin, and Jace Weaver. Return from Exile is one of the first major exhibitions to focus on contemporary artists from tribal nations with an historical connection to the Southeastern United States. These include the so-called Five Civilized Tribes, the Choctaw, Chickasaw, Cherokee, and Muscogee (or Creek), and Seminole, all of whom were forcibly removed in the 1830s to present-day Oklahoma as a result of the Indian Removal Act of 1830. The title of the exhibition represents the return of these artists to their ancestral homelands.

As part of the exhibition, on November 10 the WCU Fine Art Museum at Bardo Arts Center will host a full day Contemporary Native American Art Symposium.

Traveling Return from Exile to the Western Carolina University Fine Art Museum at Bardo Arts Center and reprinting the catalogue has been made possible through a number of generous sponsors. This project is supported in part by an award from the National Endowment for the Arts. Special thanks also to the WCU Cherokee Theme Committee and The Sequoyah Fund.

We want your opinion!