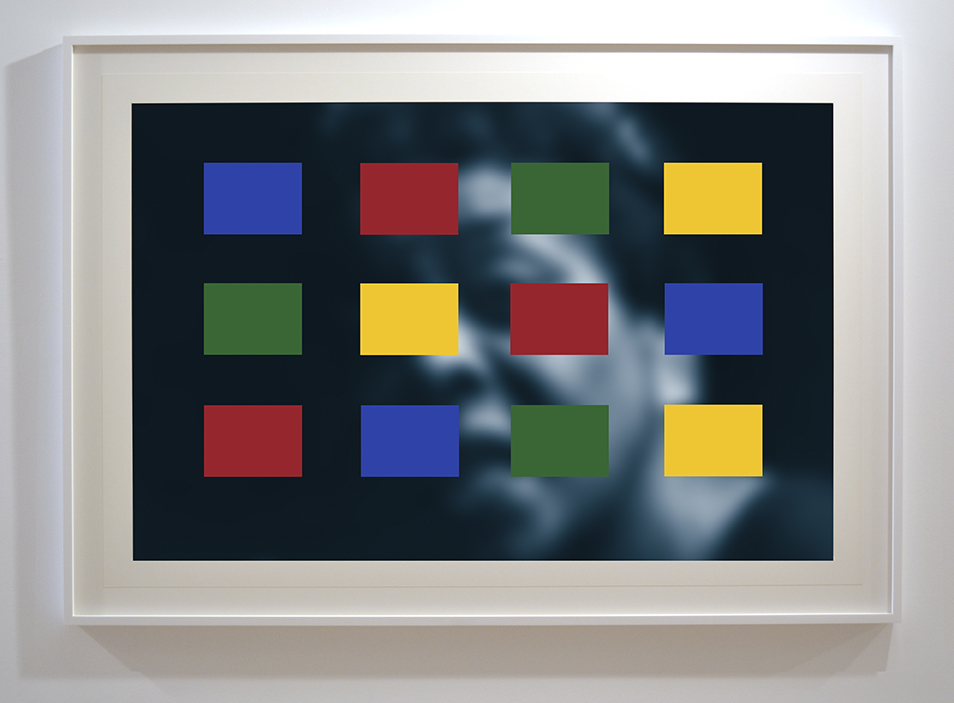 Images from the All the Boys and The Usual Suspects series implicate these stereotypes in the deaths of black men and women at the hands of police and confront the viewer with the fact of judicial inaction. Blocks of color obscuring faces point to the constructed nature of our notions of race and how these imagined concepts obscure humanity—here with very real and deadly outcomes. People of a Darker Hue, a meditative compilation of video, found footage, narration, and performance commemorates these deaths. 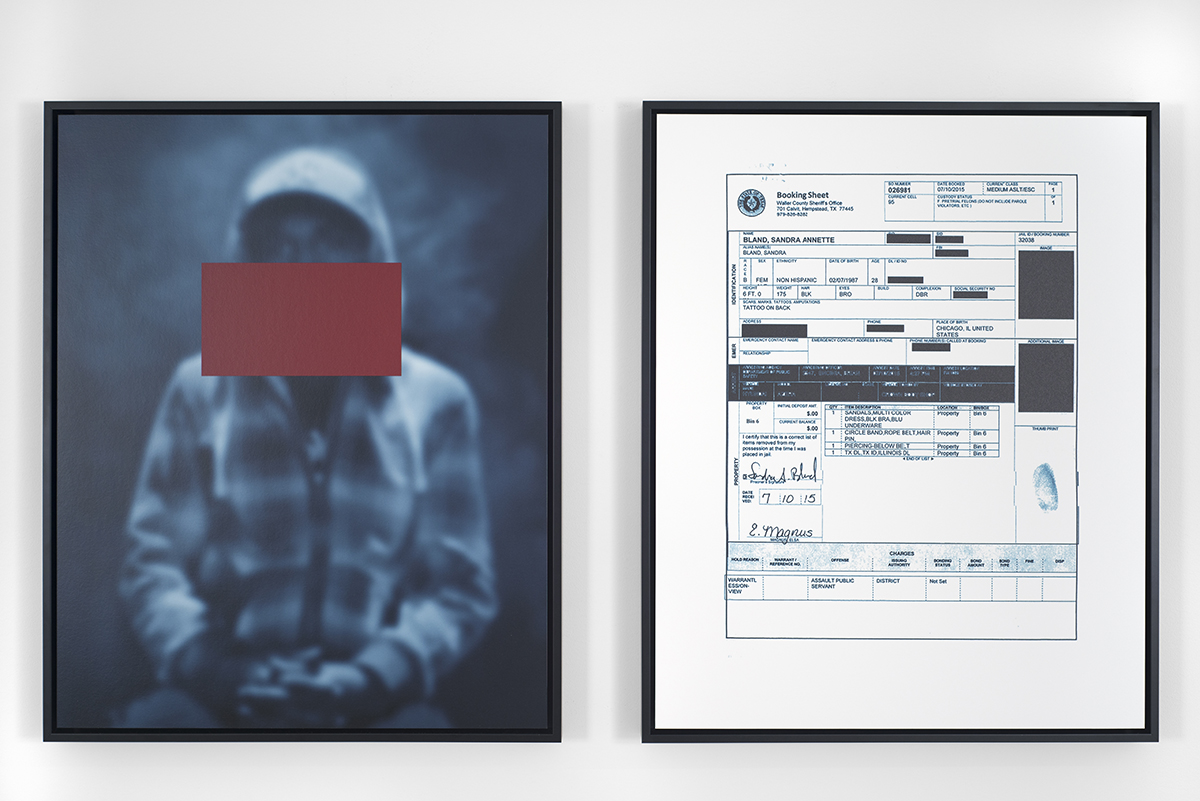 Carrie Mae Weems, All the Boys (Blocked 1)31 3/8 x 27 3/8 in, (each)archival pigment and silkscreened panel mounted on gesso board, 2016. Courtesy of the artist and Jack Shainman Gallery, New York.

Considered one of the most influential contemporary American artists, Carrie Mae Weems has investigated family relationships, cultural identity, sexism, class, political systems and the consequences of power. Determined as ever to enter the picture—both literally and metaphorically—she has sustained an on-going dialogue within contemporary discourse for over thirty years. During this time Carrie Mae Weems has developed a complex body of art employing photographs, text, fabric, audio, digital images, installation, and video.

Carrie Mae Weems: The Usual Suspects is organized by LSU Museum of Art. The project, which includes a fully illustrated catalogue, is a collaboration between the LSU College of Art + Design, the LSU School of Art, and LSU Museum of Art. Support for this exhibition is provided by The Winifred and Kevin P. Reilly Jr. Fund with additional support from LSU Museum of Art Annual Exhibition Fund donors.

In 2013 Weems received the MacArthur “Genius” grant as well as the Congressional Black Caucus Foundation’s Lifetime Achievement Award. Weems has received numerous awards, grants and fellowships including the prestigious Prix de Roma, The National Endowment of the Arts, the Alpert, the Anonymous was a Woman and the Tiffany Awards, among many other honors.

Weems has participated in numerous solo and group exhibitions at major national and international museums including the Metropolitan Museum of Art, The Frist Center for Visual Art, Solomon Guggenheim Museum in New York, and the Centro Andaluz de Arte Contemporáneo in Seville, Spain. She is represented in public and private collections around the world, including the Metropolitan Museum of Art, NY; The Museum of Fine Arts, Houston; the Museum of Modern Art, NY; and Museum of Contemporary Art, Los Angeles.

Visiting GuidelinesThe WCU Fine Art Museum is free and open to the public Tuesday through Friday 10AM-4PM and Thursday 10AM-7PM. 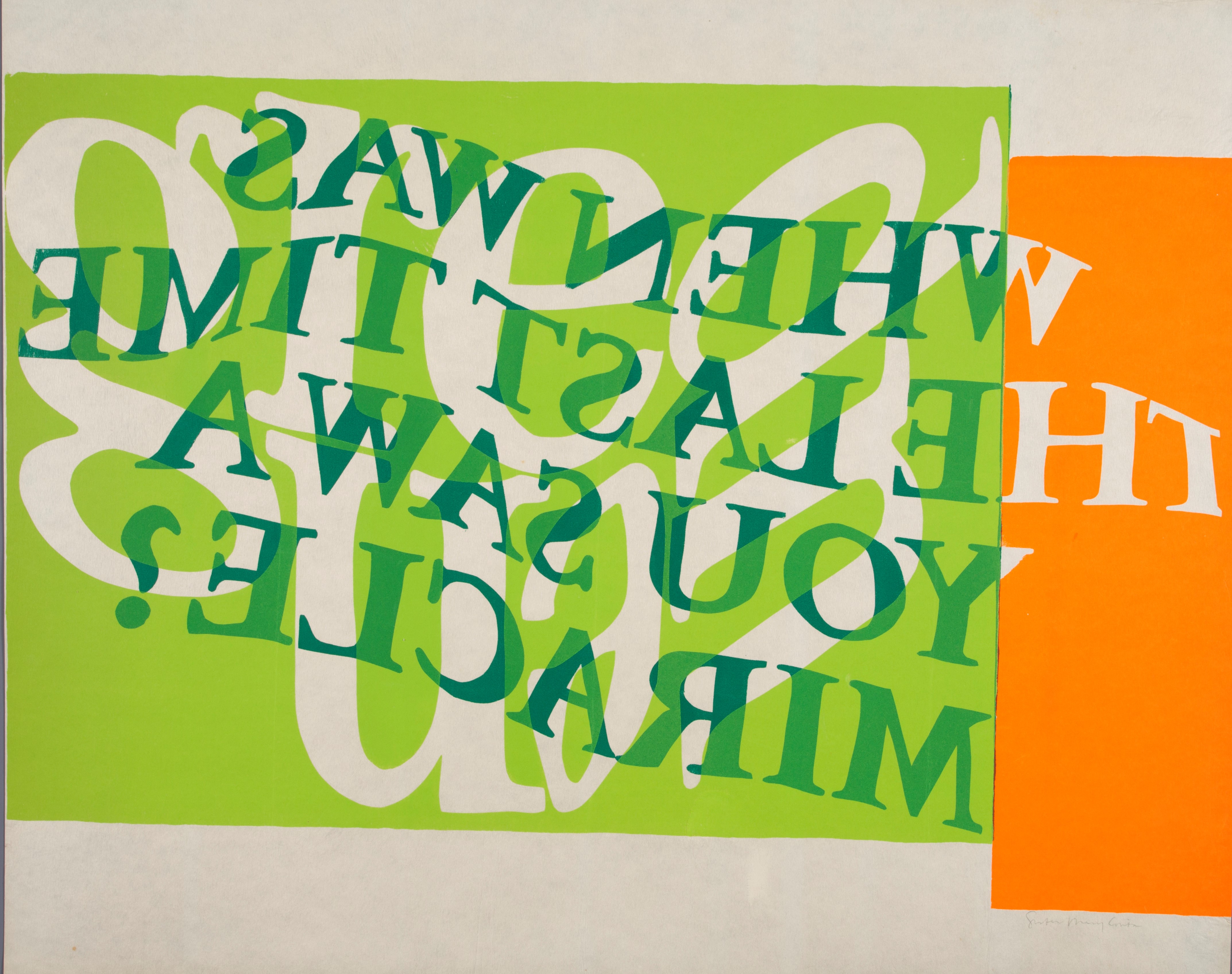 When Was the Last Time You Saw a Miracle? Prints by Corita Kent